A remake of “Hey Jode” which I know Jodi will appreciate. The original recipe involved pear vodka and a $60 bottle of St. Germain. We finished our bottle, and instead of replacing it, I got a $4 bottle of elderflower cordial from Ikea. Add some pear vodka and 7-up and you’ve got a much cheaper but still very tasty replica! 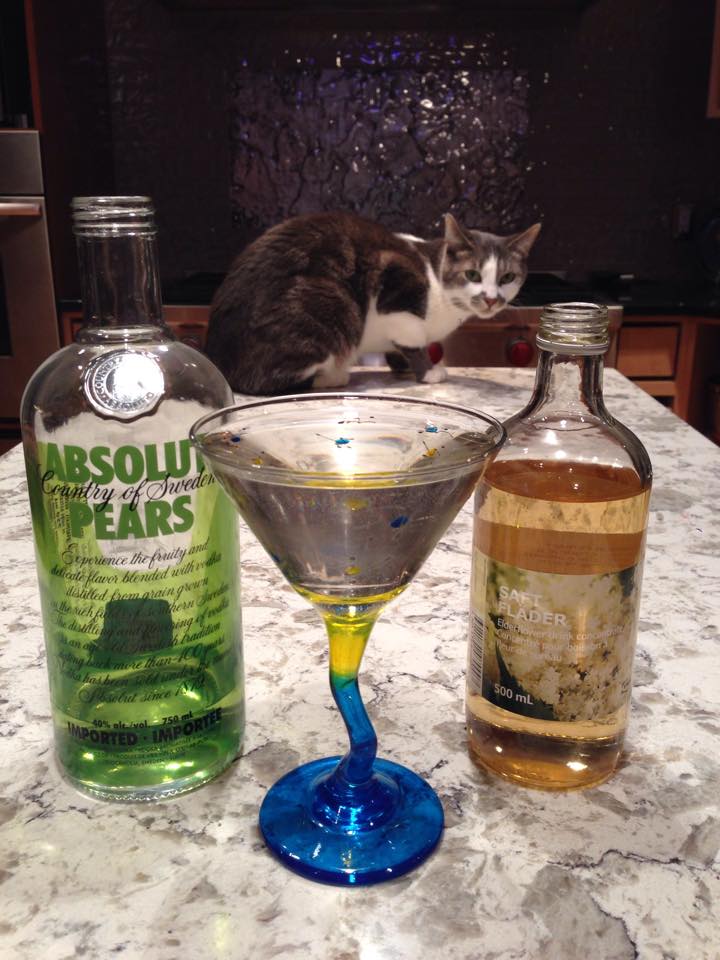