Day 6 of the 12DOD celebrates our good friend Suzy. This drink is called the “Stahaken X10” or simply the “X10” as that’s short and cool like Suzy

Wednesdays in the spring & summer are traditionally hill-training nights in Tsawwassen. Surprisingly and to which my Garmin can attest, there are quite a few hills in Tsawwassen! The mother of all hills is known as “Stahaken”. It’s relatively short at less than half a kilometer, but is steep at about a 6-7% grade. You just gotta put it in your lowest gear, grab a big breath of air, and grind it out. Your reward at the top is a nice section of downhill and easy cycling… so you can recover and go around and do it again.

On Wed June 24, it all started innocently enough with Sonya challenging us to do Stahaken 6 times. Very convenient since she didn’t show up that night… but ok, challenge accepted! Suzy and I completed our sets, but Joel conveniently broke his chain and only managed 3 repeats. 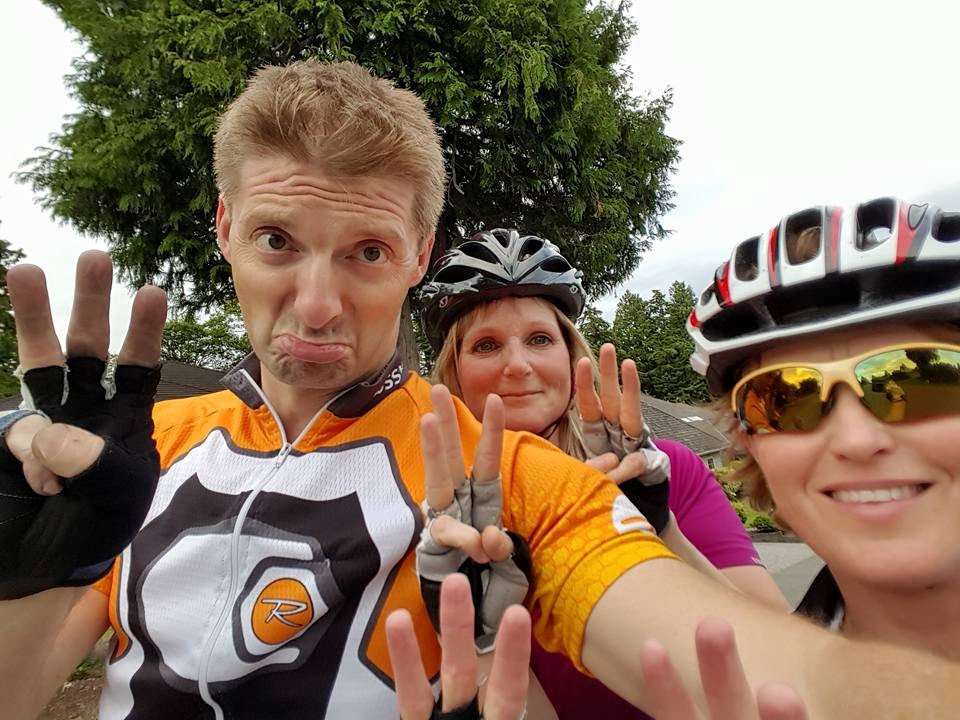 After that, Suzy upped the ante, and said we had to do Stahaken 10 times before she moved! On July 29, we were again the only three who showed up so it was on. We buckled down and got ‘er done! I’m pretty sure I may have left a lung or two on that hill though. I know I will never be able to keep up to Suzy going up Stahaken… but I always know I can catch her on the downhill 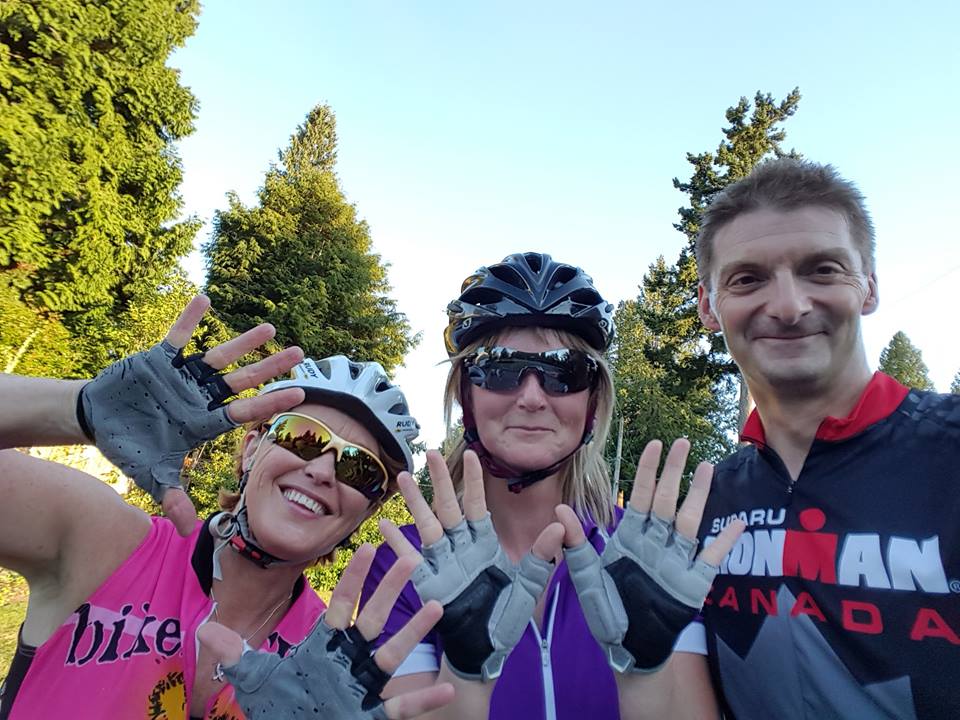 The drink is pink, because .. well, that’s her colour. It’s a mixture of X-rated Fusion (A fusion of ultra premium French vodka & blood orange with mango & passion fruits), raspberry vodka and cranberry juice. Much like Stahaken, this drink set isn’t for the faint of heart and here we are faced with a similar challenge. 10 times. That’s the number. Will we be successful? And should we do this set standing, or seated?

It’s now December and those beautiful summer days are now behind us. The weather outside is frightful, and Wednesday night hill training has been replaced by indoor spinning. It’s not quite the same, and we miss our Suzy. Not only for the great company on Wednesday nights, but for the wonderful sweet person that she is. It is Penticton’s gain, and we hope to be back in the same city one day soon! So cheers to Suzy and the rest of the Wednesday night gang. Bottoms up (x10)!