For at least the last couple of years (that we know about), Tammi has graciously opened up her garage on Wednesday evenings and Saturday mornings for her tri club friends to spin in the winter. Although after today’s spin, we considered naming the drink “The Uterus Buster”… things that happen when Joel leads the set… 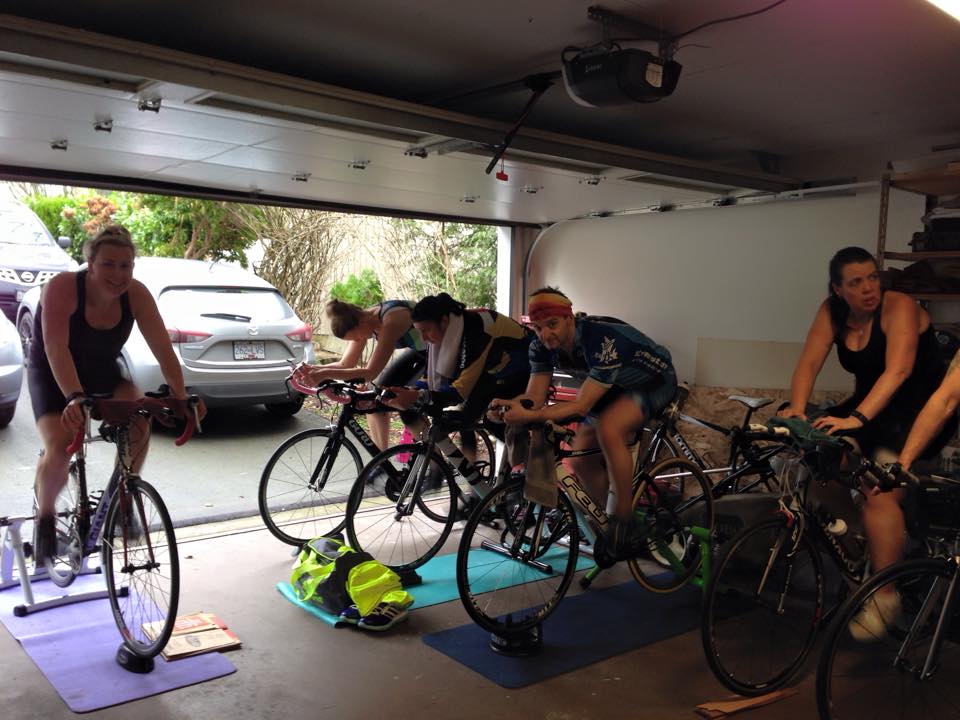 Some days we are lucky to have Sonya coach us, but most days we plug in a Coach Troy (aka Spinervals) DVD, put him on mute and crank the tunes, and make guesses as to what kind of sweat hell he’s going to put us through next. It’s great to be able to share our suffering with others, and then recover over a communal breakfast. It’s an extra special day when Tammi makes her awesome fruit crumble! And of course there’s our favorite whippet Gooseberry to pet.

Disco Dan has said that the post-spin coffee is the carrot at the of the stick, and Tammi always has the good stuff – 49th Parallel from Ladner’s Stir coffee house. So obviously today’s drink had to be coffee inspired. Despite the often cold weather, what we need after a tough morning is a cool beverage. Le Garage/The Uterus Buster is a high octane version of a Starbucks Frappucino. It’s 2 shots of espresso, espresso vodka, Kahlua, Bailey’s, blended in the Vitamix with ice, then topped with fresh homemade nuclear chocolate sauce (dark chocolate, milk and white creme de cacao) and chocolate marshmallows from Chocolate Arts.

So thank you Tammi for all your generosity, and see you next week! 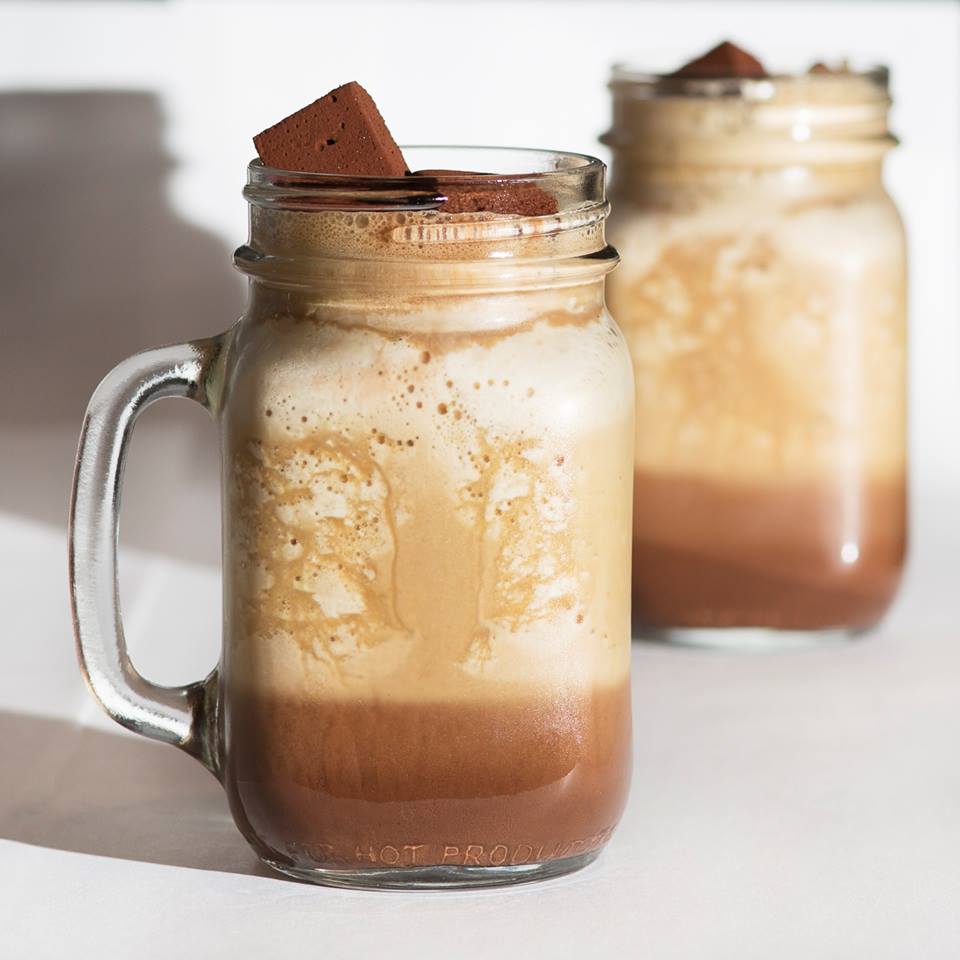