Today I pay tribute to the members of my excellent relay team at Challenge Penticton – Joanne and Pam.

We came up with the name “Slower Than Expected” mainly because Joanne and I were in ‘off years’ in training and honestly didn’t know what to expect come race day. Admittedly, I felt bad for Pam since she is an awesome swimmer and didn’t deserve such mediocre expectations. 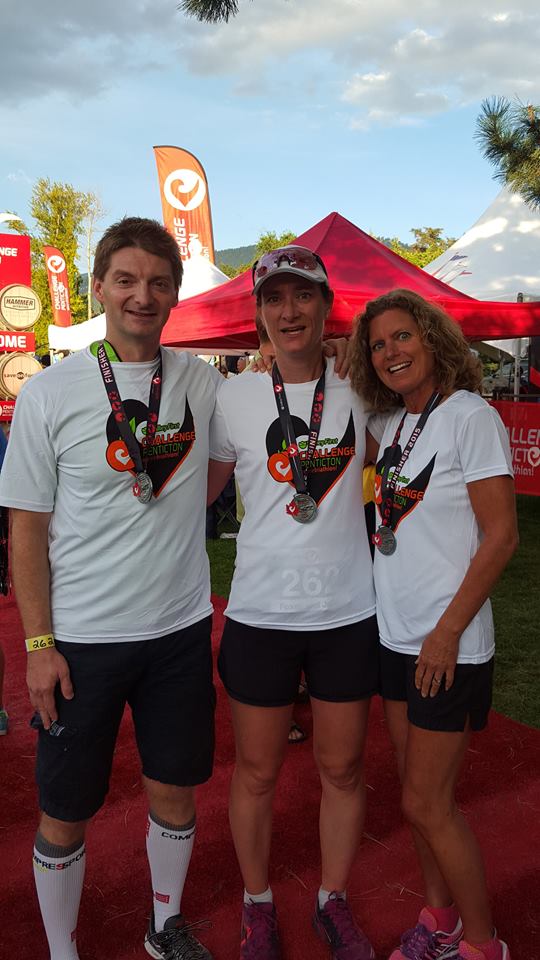 When I think back to the race, I have 4 very vivid memories – 2 were amazing and 2 were, well, not so amazing. The first not so amazing moment was at 2:00am on race day. I woke up to the sound of rain and wayyyy too many negative thoughts about the 6-7 hour bike leg. Despite this being a fun event with ‘no pressure’, there’s tonnes of pressure. In any other race, you can only let yourself down, but here, there are others to think about. And being paired up with 2 great athletes was playing tricks on my mind. That and the thought of 6.5 hours of cycling in the rain and all the trash talk I was guilty of being involved in leading up to the race (I’m such an idiot). I wasn’t able to sleep after that.

The second vivid memory was waiting in T1 for the swimmers to transition to the cyclists. There was an unbelievable nervous energy amongst the cyclists. Who would come out first? How far ahead or back will we be when the timing chip finally makes it on to our ankles? Do we really have 180kms ahead of us? What happened to that off year? The looks on Robbie’s face, Dianne’s face and Bob Prow’s face said it all – nothing but nervous anticipation. Where the heck are they!?!?! At least it stopped raining.

Now for the amazing moments. The wonderful thing about the Challenge events is that the athletes can be accompanied by others at the finish line. This is especially awesome in the relay races where each of the team members can join the runner the last 100m to cross the finish line. What made this day so remarkable was the fact that each of our club teams were soooo close, we had no idea which runner would emerge first to the finisher’s chute. For 15 minutes all the members of our relay teams waited in anticipation for their runners. Any of the 4 runners could come first as could J-M or Sonya who did the whole race themselves. After 12.5 – 13 hours, it really came down to seconds! It was warm, everyone was laughing and yucking it up – as we all have terrific days in our events (quite a contrast to T1 when we were waiting for our swimmers). It was quite something being with this great group of people. It couldn’t have been any better. I will remember those 15 minutes for a very long time.
The final amazing moment was running down the finisher’s chute with Joanne and Pam. This was Pam’s first triathlon relay event and the look on her face those last 100m and as we crossed the line said it all. We came in second of the 4 teams, missing bragging rights by only a couple minutes and escaping 3rd by less than a minute. After 13 hours, it was THAT close. 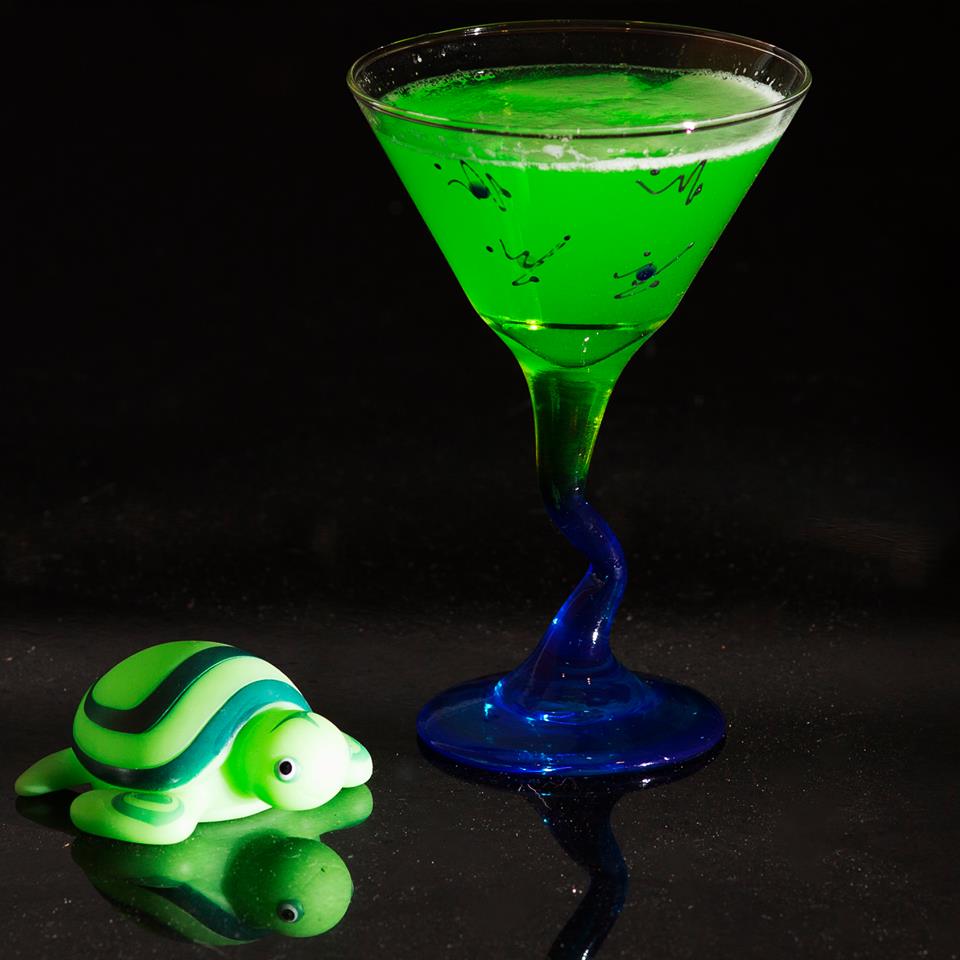 For our tribute to slower than expected, we give you a drink called “Fear the Turtle” (it was this or Jello shots). Something slow. Fear the Turtle is a shooter comprised of lemon vodka, peach schnapps, melon liqueur and pineapple juice. Okay, this is supposed to be a shooter but we super sized it to a martini.

Cheers to you Joanne and Pam! I’ll remember that day forever! (if we do this again, I think we go with a name with a little more swag