This one is a bit unusual, so please bear with me. As good as 2015 was (and it was a great year), it also seemed to be a year of complex problems. One thing I’ve learned over the years is that complex problems require intelligent (but not necessarily complex) solutions. Let’s use ISIS as an example. I think everyone agrees that this is a complex issue; one without a readily apparent long term solution. How do we solve this? … Well, maybe we build schools.

I know, the dots aren’t connecting as this isn’t an obvious possible solution. But here’s a true story that should shed some light. A few weeks ago I met a colleague who shared a rather incredible once-in-a-lifetime adventure with us. He was a hugely successful entrepreneur with a degree in microbiology. He had just sold his company and was ready for the good life – retirement – when he received a call from a Canadian General stationed in Afghanistan. This was a few years ago, at the height of the battle with the Taliban. The General asked if he would be willing to help negotiate a settlement with the Taliban. This fellow had no military training or background. Presumably he was asked because he proved to be a creative, out of the box thinker. He accepted the challenge.

Once in Afghanistan, he noticed that part of the Taliban success was based on recruiting local villagers at about $150/month. Basically this $150 was equivalent to the fuel consumption of a Canadian tank for less than a kilometre since fuel had to be transported in at an exorbitant cost. So, he proposed a new idea. Instead of spending money on fuel for tanks, why don’t we pay the villagers $150/month to build schools? The military quickly dismissed the idea as infeasible because the Taliban would destroy the schools once built. His response was “exactly. And we will have the villagers build the schools again and again until they tire of the Taliban and kick them out of the villages. Plus, the schools can be built of heavy stone. After spending 10 hours per day of constructing a school made of stone, the villagers will be too tired to join the Taliban to fight us.” It was a no lose solution. Either schools were built or the Taliban were rejected by locals. No bombs, bloodshed or irreparable damage to lives. His idea was accepted. As a result, Canadian casualties were reduced by 70% while other allies remained constant.

Okay, maybe building schools won’t stop ISIS. Maybe they will. But there may be other creative solutions out there that have a long term impact. 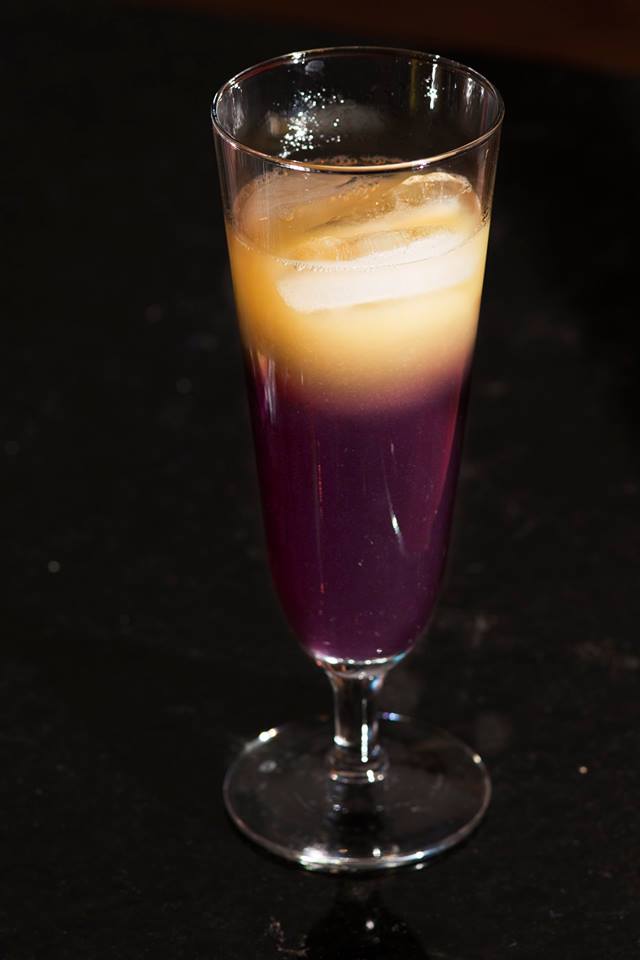 The Purple Problem Solver (yeah, it’s an actual drink) is made with a complex mixture of rum, vodka, Peach Schnapps, Blue Curacao, melon liqueur, apple Schnapps, pineapple juice and grenadine. And it’s purple, which is always a smart solution on our house.

Cheers to you Paolo! All year, I’ve been looking for a great story that showcases creative, out of the box thinking to complex problems. Let’s hope 2016 sees its share of intelligent solutions!