2016. WTF? (pretend these are really big letters). Seriously – what gives? You were looking so promising only one short year ago.

Let’s rewind the clock 12 months. If anyone told me that within a year Great Britain would divorce Europe, and that America would elect a president to build a Berlin-style wall between the US and Mexico who would appoint a chief strategist with strong ties to white supremacy groups … that this same president-elect would state global warming doesn’t exist and claim it is a hoax created by China … and the list goes on and on. And still the Democrats couldn’t put up a candidate to beat him. Did the bar really need to be set lower than this? I would have thought it impossible, almost comical in its absurdity. But here we are. It really has been a WTF kinda year. So, for Day 1 we are celebrating all the WTF moments 2016 offered us. And Donald Trump being elected as the next American president in our views tops an extensive WTF list.

Rosie O’Donnell, a long-time adversary of Trump refers to him as “The Orange Anus”. This seems a more appropriate name than calling this drink “The Donald” – its original name. Truth is, we’ve had the idea of a WTF drink since February when it seemed absolutely bizarre (and drink worthy) that Trump was running for the highest office in the western world. And it just got increasingly bizarre as he gained momentum and we learned more about him. 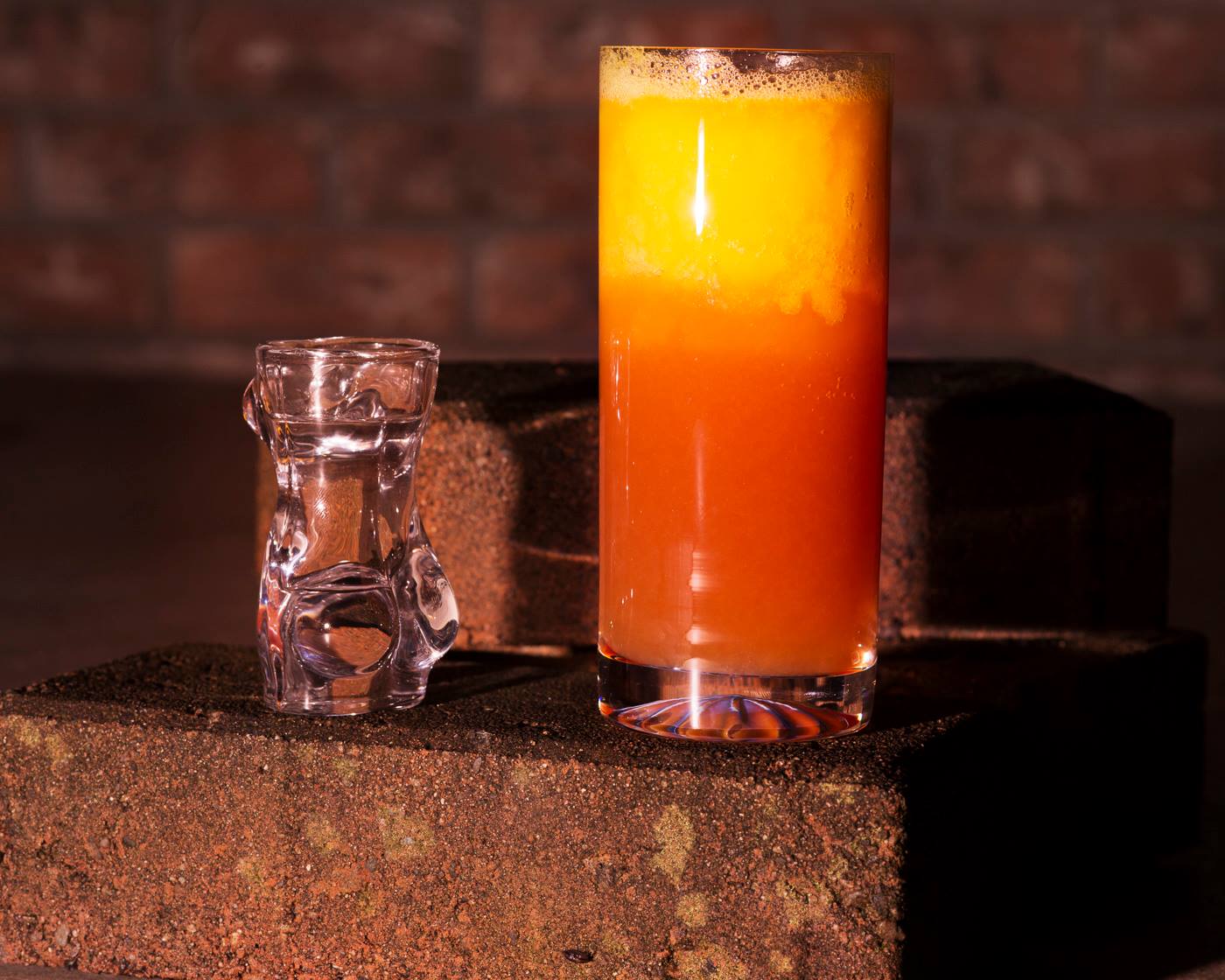 The Orange Anus is a light cocktail comprised of home made orange/lavender lemonade soda, a touch of vanilla (we just had to add some something that is known to be ‘white’), Mexican agave syrup and Mexican mango puree. In keeping with the WTF theme, you may notice that the Orange Anus is non-alcoholic! Well, its namesake professes to be a non-drinker (though I question anything he says), so we’re ‘acknowledging’ him with a non-alcoholic beverage. However, it’s nearly impossible to tolerate The Donald while sober, so The Orange Anus includes a shot of good Mexican Tequila on the side … maybe several if you’re so inclined. We won’t judge you. However, the tequila must be served in an ‘ass’ shot glass. I’m pretty sure The Donald would approve of this particular glass.

My apologies if this is too political. We usually honor the good things through the year and the notable achievements of our friends. And we most certainly will. But let’s face it, it’s been a bizarre year and this was the crown jewel of bizarre that will undoubtedly have a profound impact on us all. I promise that we’re done with politically inspired drinks this year. That said (spoiler alert), I already have the first drink planned for next year. <hint, it will include a peach liqueur. Any guesses?>

Cheers to everyone who also struggled with this most unusual year. Here’s hoping 2017 sees the return of common sense, decency and tolerance back to the podium!