In 2016, we got to know Stelvis. And the story goes a little something like this.

About 6 years ago I was having a ‘life goals lunch’ with a long-time friend and colleague, Stacey. Life goals range from personal objectives to career objectives. Goal setting is a habit of successful people and something Stacey has encouraged in his company (Annex). Lunch … well … I guess it’s usually food but it can also be a series of mojitos (cucumber mojitos are pretty much salad so I’m sticking with that). After a few mojitos we began talking about personal goals. I told him that I always wanted to do an Ironman. It was an idea I had toyed around with for about 10 years. He knew I couldn’t swim and that I probably hadn’t run more than 8km. ever. And I was coming off a torn MCL. Instead of laughing, which would be understandable, he asked a few more questions about and then wrote it down. Crap, it’s in writing … now I’m pretty much stuck doing this crazy thing. I asked him if he had any crazy goals. He then told me about an Elvis tribute contest that takes place in Penticton each summer. He was toying with the idea of competing. I’ve known Stacey for a lot of years and knew he was a big Elvis fan and could sing, but to actually compete is a whole different story. By total coincidence, Ironman Canada was also in Penticton. So, we let the mojitos do the talking “You do the Elvis thing then I’ll do the Ironman thing. They’re both in Penticton. This is totally awesome!” A pact was struck.

Fast forward a few years. I had finished my first Ironman and was training for a second. That’s pretty much when Stacey decided to take the plunge and commit to the Elvis competition. If you know Stacey, you know that he doesn’t half-ass anything. This competition was no exception. He committed something like 8-10 hours per week for 9 month, learning the Elvis moves, researching wardrobe and, of course, singing. He wasn’t just there to show up; he was there to podium. Going with his stage name “Stelvis”, he was a crowd favourite from the start and was terrific throughout the weekend. Watching the finals, it was no surprise to us when they announced his name as the winner of the non-pro category! He didn’t just compete, he won the whole thing! 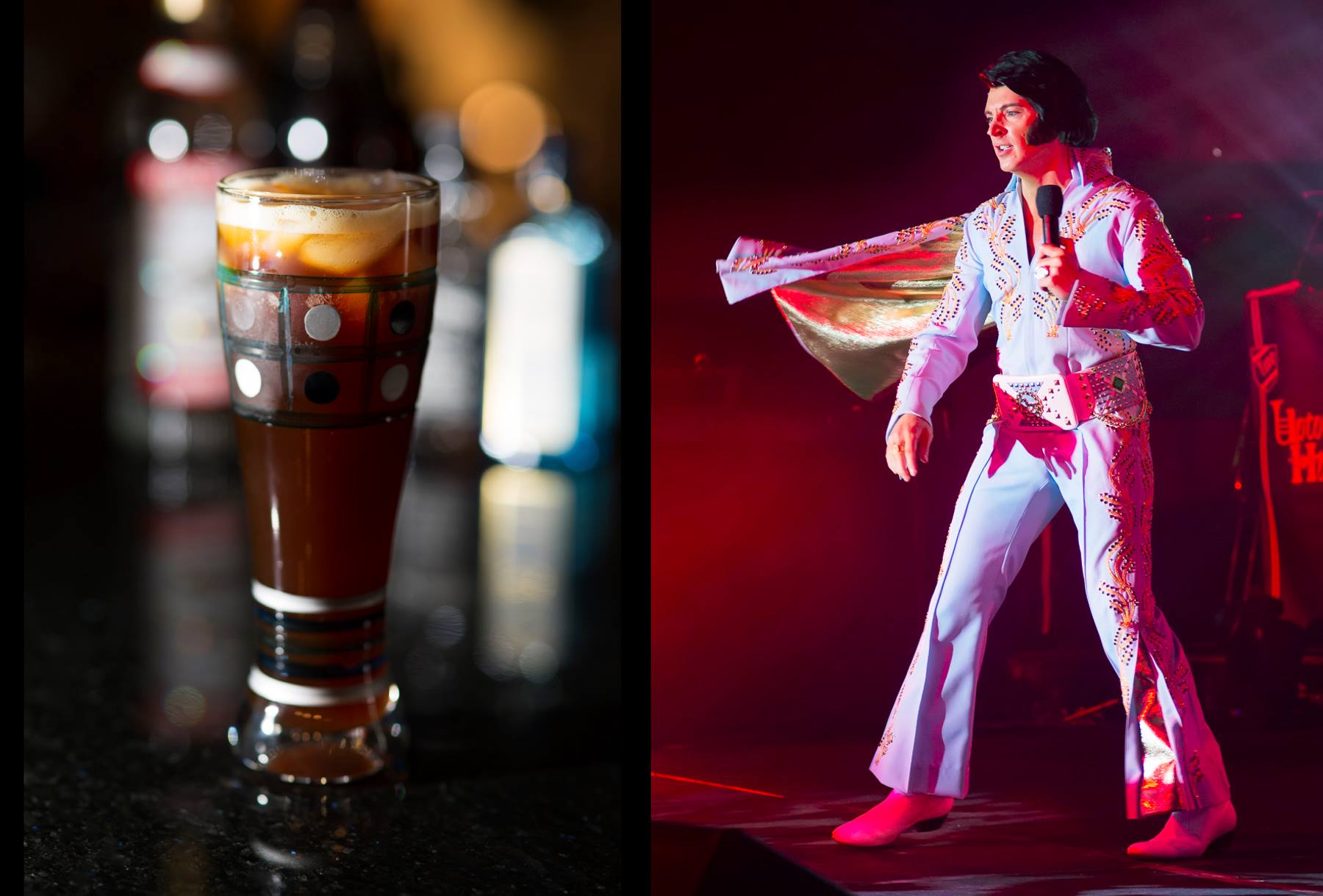 The Pact is a spin on a Long Island Ice Tea. Back in university, Long Islands were our drink as was bad scotch when we were camping. This baby consists of equal parts rum, vodka, gin and Jack Daniels. It’s softened with lime juice and some home made cola.

Cheers to you brother! I’m just glad our pact didn’t say anything about winning anything!