For the third straight year I was quite fortunate to be part of relay team at Challenge Penticton. My team mates Sarah and Tammi had all completed iron distance races in July so this race was just for giggles. We promised not to take it too seriously. As with the other relays, it was just a great way to end the season.

Unlike the other relays where there was a great story to tell during the race (like the broken contract with Bob Prow last year), the better story was how we came by the name “Team UTRs”. During the winter, several of us spun in Tammi’s garage “La Garage”. For the most part, I was the only guy. We pushed pretty hard in some of the sessions, following the Spinervals with Coach Troy DVDs. It was during a harder set when someone said “I think I just dropped my uterus back there”. And the way I was feeling, yup, “I think I dropped mine too”. From that point on, dropping our uteruses became the signal that we were finding it tough. The only question we had each Saturday morning was how many times we would drop our uteruses (or uteri??). I still think the best part of the spins was the gourmet breakfast afterward that helped repair those damaged uteruses. 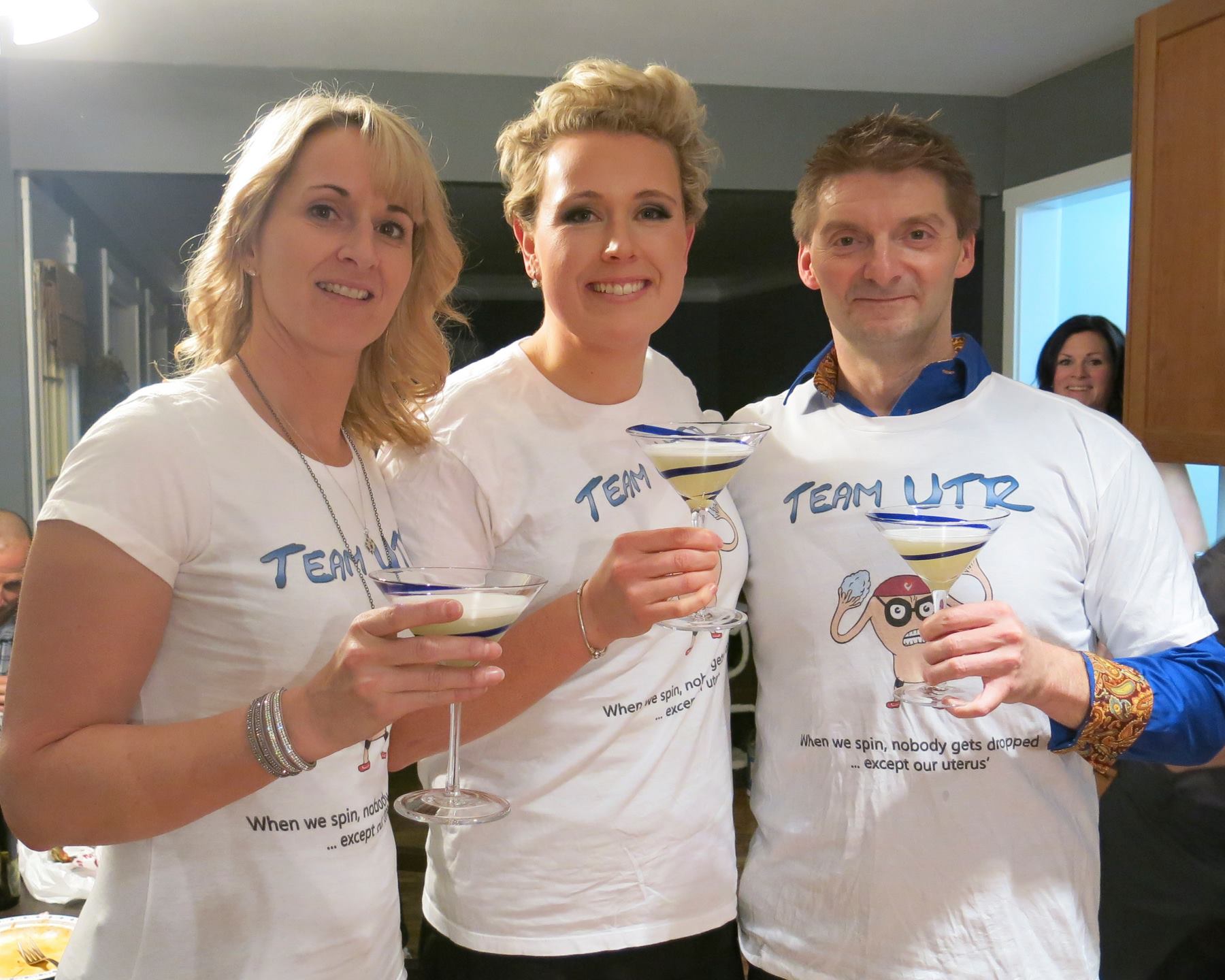 When we decided to form a relay team, we knew we had to work the uterus thing. “UTRs” is just a play off the word that wouldn’t offend Steve King when he announced us crossing the line. I know – we’re super clever. The race itself went really well. Tammi was awesome in the water and Sarah really lit it up over the 30km run. The only unfortunate thing was finishing slightly behind Team Vincent. It would have been good for Tammi to have bragging rights against her friends from Challenge Roth. We were so close! 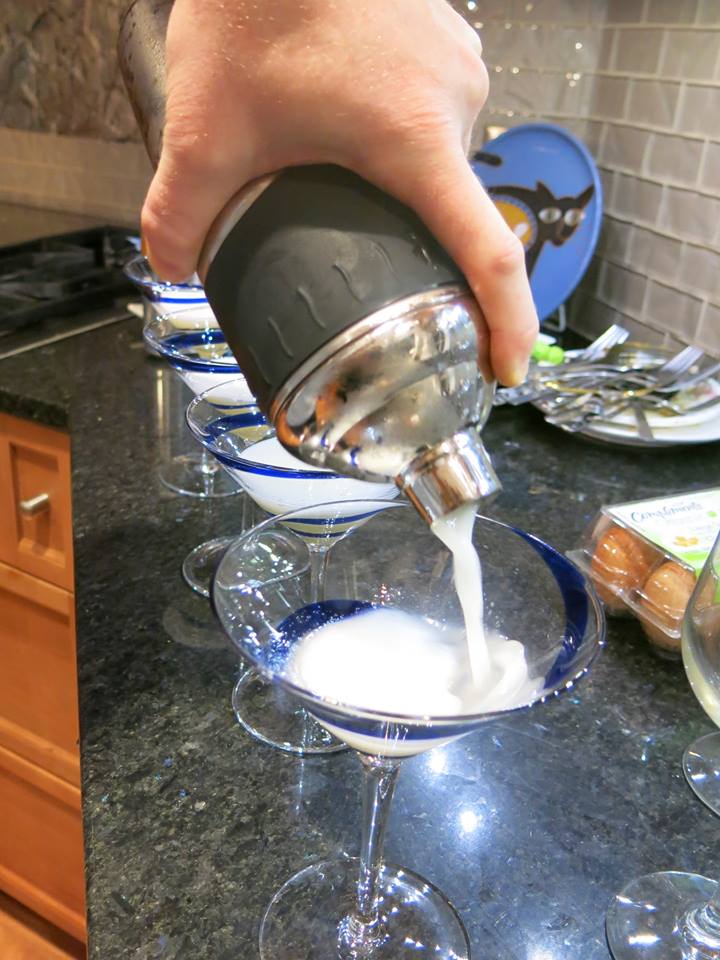 So, what goes in a UTR? Well, it has an egg white (we had to include something uterus related). But beyond that … I’m not entirely sure. Linda tells me it’s based on a “White Lady”, but we made this drink late into our house party last night, when the wine was flowing pretty heavy. Let’s just say some of the fine details are lost. If I was to guess, I *think* there’s gin. There’s probably Triple Sec. There may be meyer lemon. And, yes, there is egg white. I know for a fact there’s egg whites because there are still a couple egg yolks on the counter. And I think we added a bit of calamansi concentrate to knock the edge of the tartness. Or maybe it was something else sweet. Yup, this one is a bit of a mystery. I think it tasted good – didn’t it? I highly recommend it.

Cheers to you Tammi and Sarah! Thanks for being the best UTRs ever!