No disrespect intended to my gender, but didn’t the ladies just kill it this year?

Look at Rio as an example. It wasn’t until the second week of the games that we noticed we had Canadian men competing. And even at that, I think our Olympic team consisted of a male pole vaulter and a sprinter. The rest of the team was all ladies. Of the 22 medals won by Canada, only 6 came from the men. And don’t even get me started on what Katie Ladecky did in the pool (but she’s not Canadian so we won’t go there).

Closer to home, our ladies were killing it, too. If you look at Iron distance races, I may stand corrected but I think it was just Dan, Barton and me. In what is a male dominated sport, several of our ladies competed at this distance: Tiffany, Tammi, Sarah, Cat, Diane and Trudy (I may have mistakenly said you ran Boston, but I know you finished Ironman Canada – that was definitely your license plate I saw pass me on the run and kick my butt). Sorry Dan, you may train with the ladies, but unless you’re sporting the ‘Bettys’ it just doesn’t count. In a previous post we celebrated several others who qualified for and ran Boston. Jan ran New York. Soraya got her certification as a spin instructor and now holds her own classes. The list goes on and on, especially if we include Challenge Penticton. I apologize if I missed someone – as it’s an extensive list, it wouldn’t surprise me if I did.

But the top story this year was Penny Oleksiak. At 16, she took home 4 Olympic medals including gold. That’s 4 more podium finishes than I’ve had and I had a 30+ year head start. And there were several more she won throughout the year. She is most deserving of her recent Lou Marsh award as the top Canadian athlete. Today’s drink is named after her. 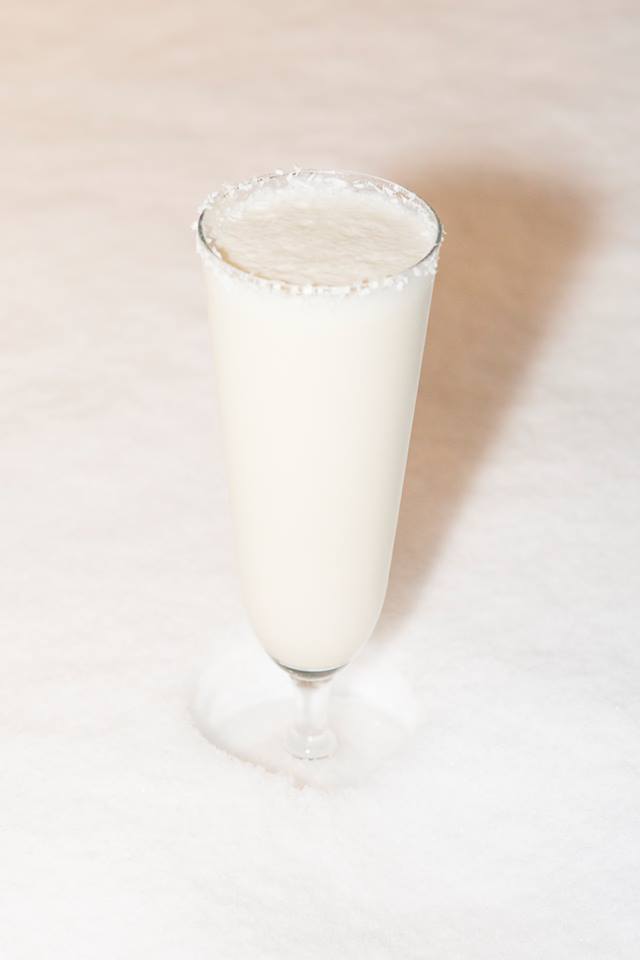 Tonight we’re honouring all the ladies that set the bar so high this year. The “Penny” is a slightly modified pina colada. It has all the good stuff … well, rum and malibu rum. Throw in some fresh pineapple, coconut cream and some pineapple, banana juice (that’s the twist) and you have one of the more popular lady drinks (true fact according to Google).

A huge congrats to the ladies! Gents, we got ‘chicked’ big time; we have our work cut out for us next year.