It’s funny how things seem to happen in waves. I remember the first summer Linda and I were together (1992), it seemed like every weekend we attended a wedding; whereas the summers before and after there may have been one each. In fact, there were 2 invitations on some Saturdays. Quite predictably 2 years later we had the year of baby showers! Over the past 12 months it seems we’ve hit an unpredictable second wave of new-borns, as these didn’t fall on the heels of a wave of weddings.

For this 11th day of the 12 days of drinking we’re celebrating all our friends who brought new life into this world the past 12ish months. A huge congratulations goes out to Kevin and Nicole, Kelly-Ann and Bryce, Kimberley & Babak (and Teabear), Andrea, and Tatiana. I think it’s also fair to congratulate Joanne and Torban even though Oliver is an old dude compared to the rest. These are all really good people; every kid should be so fortunate to have them as parents. And we know these kids are going to be raised to be great people. In a WTF year that has been laced with so much negativity and genuine concern, the world was made just a little bit stronger with the addition of these 6 new people. I’m starting to think this may be the universe’s way of creating balance.

Truth be told, we fully expected to toast Kelly-Ann’s first Ironman last year. But it’s a tough sport and all it takes is an unfortunate injury to dash those dreams – temporarily, anyway. But when you do finish one, and we know you will, you can expect a drink in your honour 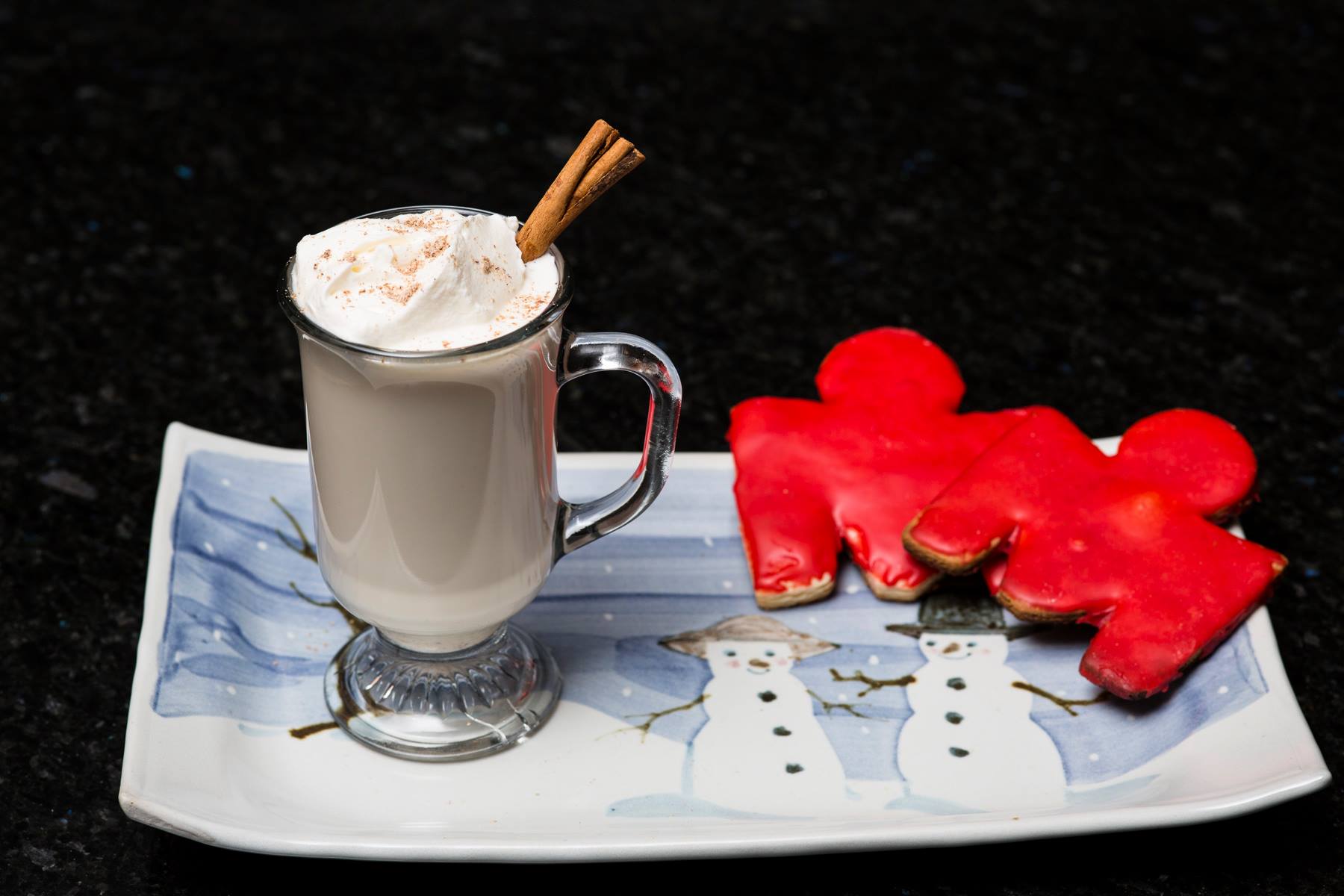 Today’s drink is a kicked up mommy drink. We figured there was nothing stopping all the new dads to be while their wives were expecting, but the ladies didn’t have that luxury until well after they gave birth. And because it’s the holiday season and most of you are sharing it with your kid for the first time, this drink is a little festive. Here we have a version of a Milk Punch. Milk is warmed and infused with cinnamon sticks, cloves, light brown sugar, and nutmeg. Then it gets fun. This is added to Jack Daniels, a little rum and topped with sweetened whip cream infused with cardamom bitters. It must be served with mdot cookies (thanks Lucy).

Cheers to all of you!