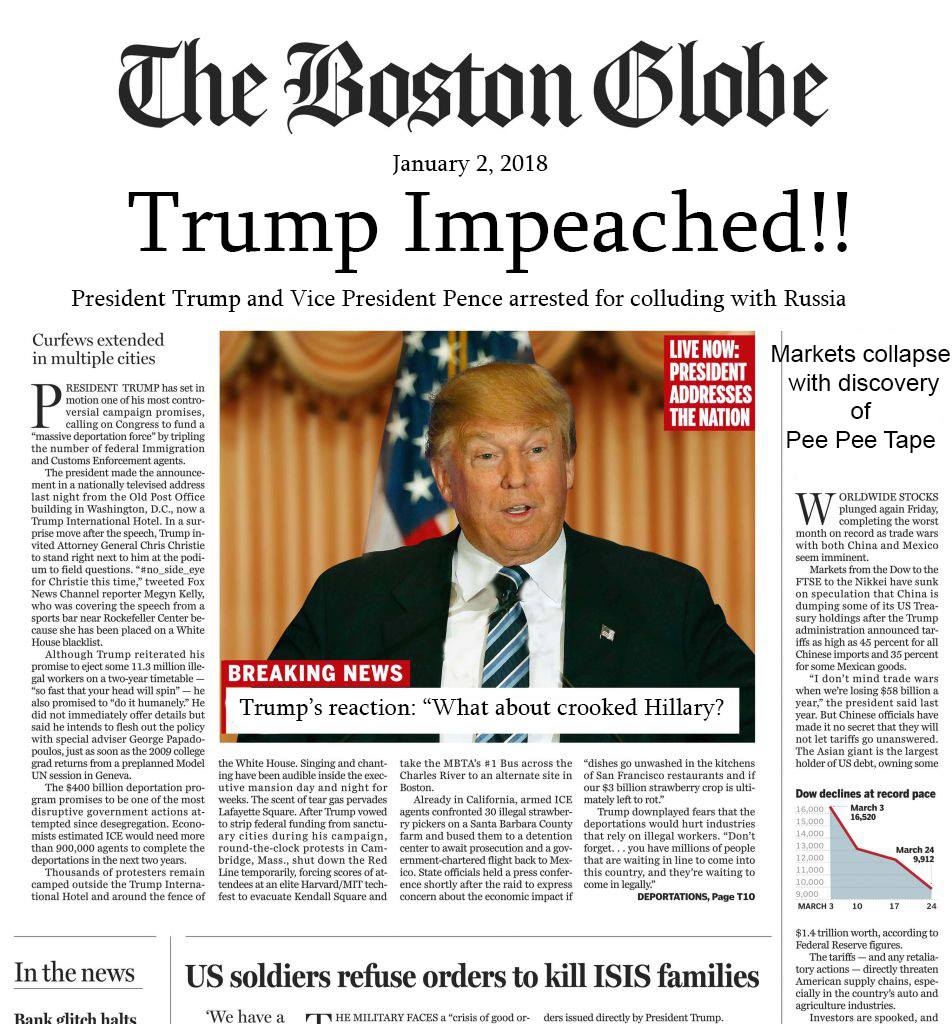 2017. What happened to you? You showed such promise! We started with a beautiful polar bear swim then everything seemed to go downhill. I know – I get it. You were completely dominated by the Orange Anus against your will.

This is where I spend the next few paragraphs ranting like a grumpy old man in a dollar store who can’t find black knee high socks (this is coming sooner than I would like to admit). But I do think the drink is worth the rant.

Where do I start? Well, how about January 1. Actually, it started on November 8, 2016 which was election day in the U.S. but that was last year’s travesty. Every single day this year was dominated with news about something Trump said or did that was detrimental to the well being of everyone (well, except the 100 ish billionaires who are funding and propping up the Republican House and Senate). Not a single good thing has resulted from him taking office.

On a ‘good’ day, Trump only lied or said something over-the-top stupid. Ridiculous. Mind numbing. My favourite was his speech about nuclear weapons. Didn’t he sound like someone parroting a kindergarten kid who just explained uranium to him? “You know what uranium is, right? It’s this thing called nuclear weapons. And other things. Like lots of things are done with uranium. Including some bad things. But nobody talks about that.” Huh?

Unfortunately, most were ‘bad’ days. He pushed human rights back by generations. He marginalized women and their rights. He’s killing the environment. He normalized hatred (as long as it isn’t directed at old white men). He gave us Sean Spicer, Kelly Ann Conway, Mike Pence, Steve Bannon, Sarah Huckabee, and a supporting cast of other racist, lying incompetents. He gave us sleepless nights. At least it’s made great late night TV. He taunted world leaders, allies and enemies, bringing the planet closer to a global conflict. “Little Rocket Man”, “Fake News”, “Covfefe”, “Lock her Up” … it’s exhausting. I’m mostly worried that people will become numb and just give up since nothing seems to change. No matter what he does, nothing seems to matter. The world is now a much less safe place because of him.

He lied. A lot. According to PolitiFact, he’s only been accurate in 5% of his statements. In other words, 95% of what he has said ranges from “requiring clarification” to “Pants on Fire”.

End of rant. On to the drink. 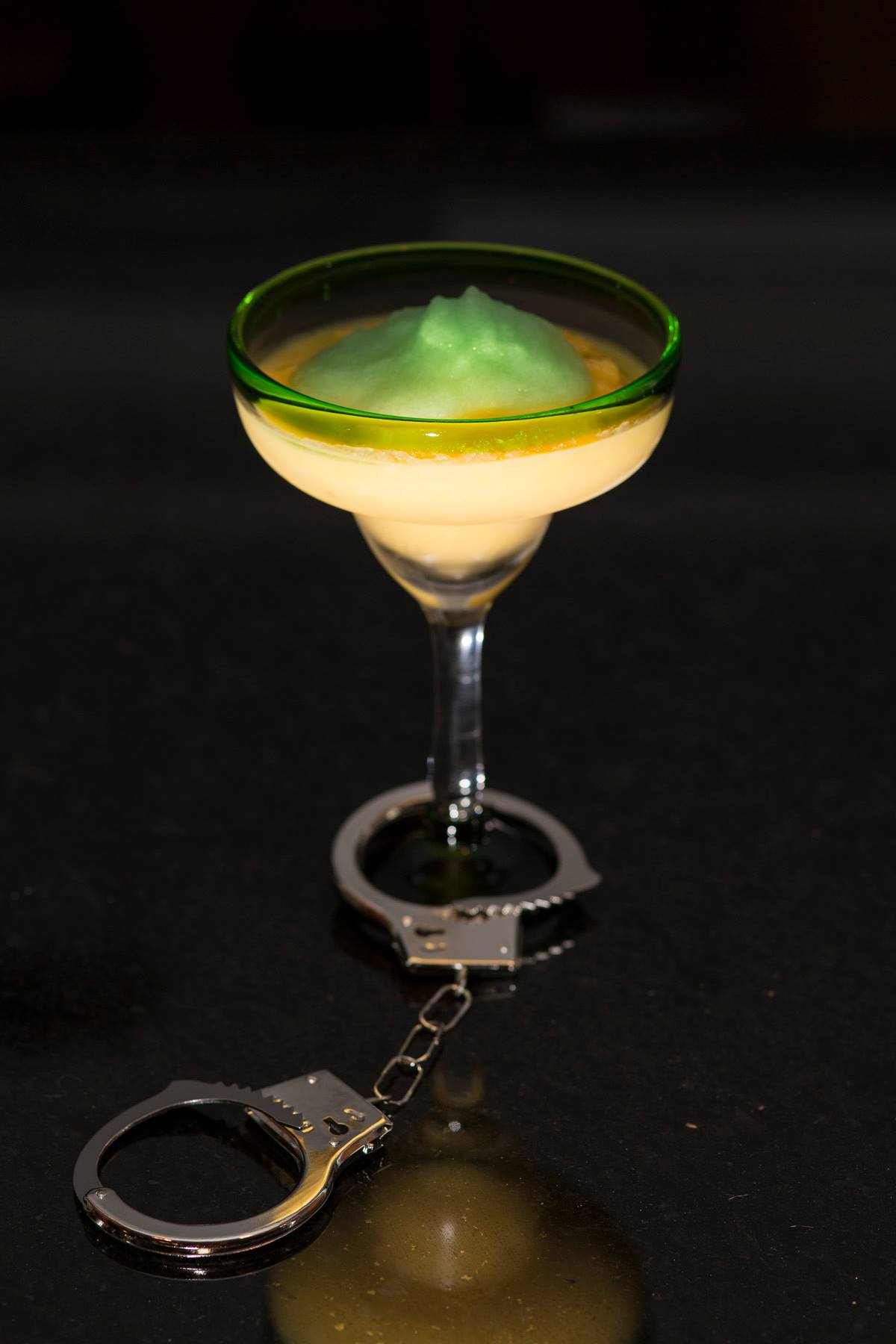 “Mmmm! Peach! Mint!” is mainly comprised of peach and mint. I know. Duh. A mango peach daiquiri was joined by a lime mint daiquiri to create magic. The peach one is comprised of frozen mango, 2 types of peach liqueur, agave syrup and rum. The mint one is rum, creme de menthe, fresh lime, ice cubes and agave.

Anyone thinking this is a play on impeachment is wrong. We had a hankering for a drink with peach and mint. Quite frankly, I’m hoping we jump from talks of impeachment to serious jail time. We need something to look forward to in 2018.

Thanks for listening. I promise happier drinks from this point forward.