Remember that time you were invited to a great party but you were the only one that showed up? Yeah, neither do I. But, sadly, Joanne F is quite familiar with it! Here’s how it went down.

It started out as a great idea a couple years ago. She was going to be living in Mexico for a few months as part of a year long world tour. While in Mexico, why not pop over to Cozumel and do an Ironman? What an awesome, awesome idea!!! I have never done a race outside BC, so this would be an incredible experience. Get there a few days early, finish an overseas race then relax in Mexico for week. Perfect! Word spread and the plan started to gain momentum. At its peak, we had 7 “I’m in for sure” (not including Joanne). Spouses were planning their cocktail spots (once the spouses talk about margaritas you know it’s a sure thing). This was certain to surpass Iceland as the place to be this year. Epic! Joanne booked her accommodations and we were all but set to book ours … except … it never happened. A combination of nagging injuries and a change in direction in my life stopped me from going. Others had similar excuses. Unfortunately, the great Ironman Cozumel boondoggle just died. Except for Joanne. She followed through with the race and had an incredible day highlighted by a sub one hour swim. For those unfamiliar with the sport, a sub one hour swim is pretty much like flying except there’s a lot more water and a lot less air. Otherwise, it’s identical. Darn fast!

The Lone Wolf is technically a “Blushing” Margarita. I’m more than a little embarrassed for not following through. Sure, there were reasons but ultimately we let her down. And I’m sure the other 6 are feeling a little guilty as well. Now, I won’t name any names but to quote the teacher, Ms. Shields, from the movie Christmas Story when trying to identify who convinced Flick to stick his tongue to the frozen pole “… those who did it know their blame, and I’m sure that the guilt you feel is far worse than any punishment you might receive. Now, don’t you feel terrible? Don’t you feel remorse for what you have done? Well, that’s all I’m going to say about poor Flick (Joanne).” 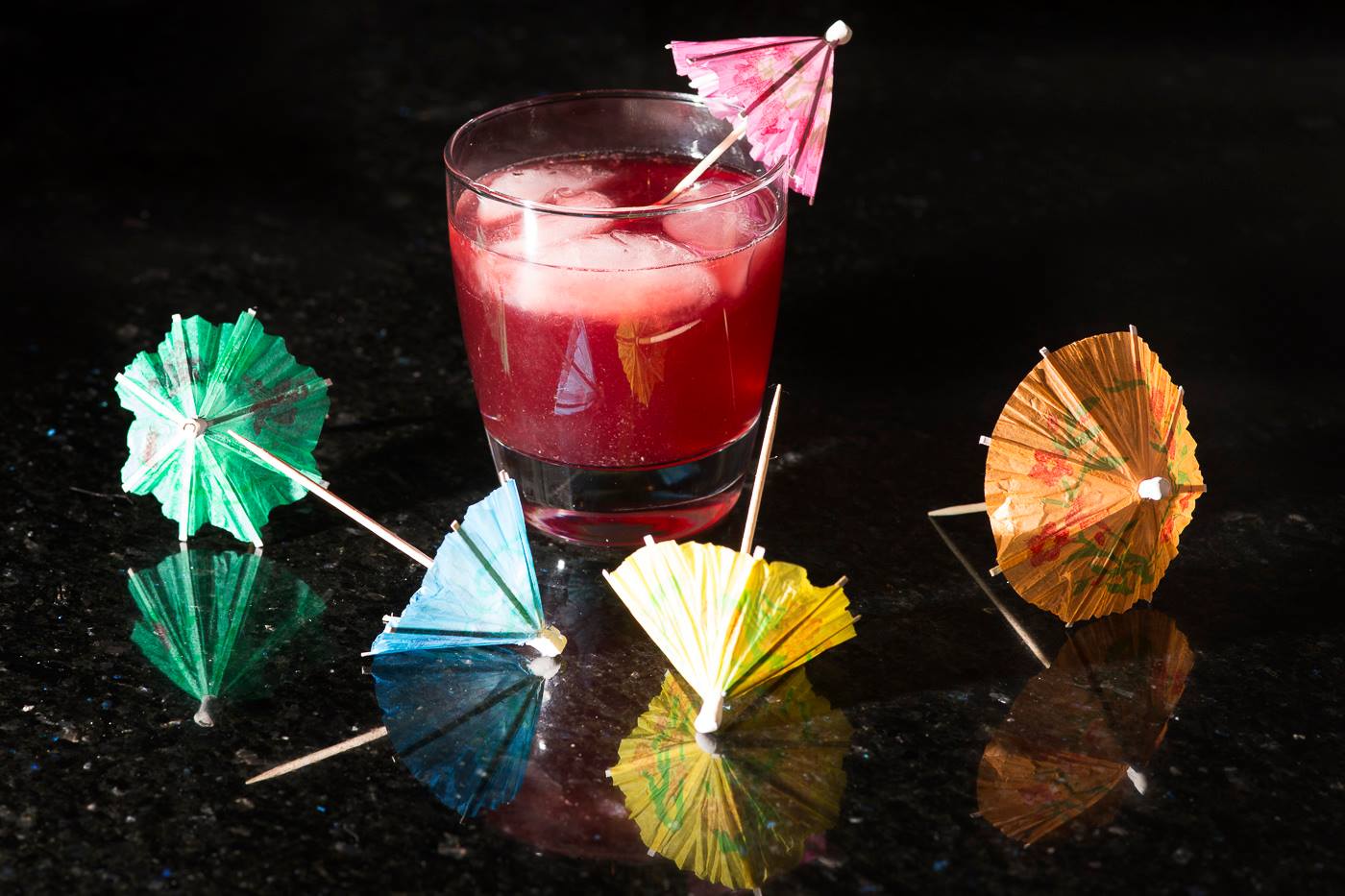 On to the drink. It’s a margarita! So it ought to have tequila … and it does! It also has a Naramata version of orange liqueur (gotta support our new peeps) instead of triple sec, pomegranate juice, grenadine, lime and ice. I also added a touch of agave as it was still too tart without it. It’s the perfect drink to enjoy several times over while watching your spouse sweat it out on a long run. In fact, the additional umbrellas symbolize all the cocktails that should have fallen while waiting for me to finish the run. Actually, there should be many, many more but there’s only so much space. It’s also the perfect drink to toast our lone wolf, Joanne!

Cheers to you Joanne!! I would tag you below, but Facebook asked me “who were you with?” … ☹️