Kona!!  To some of you, the word is a place – a pretty awesome place with sun, sand, fruity cocktails and volcanoes.  You wouldn’t be wrong.  But to many of us “Kona” means the Ironman World Championships which is held every October in Kona, Hawaii.  It’s just called ‘Kona’ for short.  Mention ‘Kona’ around a group of triathletes and they just assume you’re talking about the big dance.  (in all cases, the Ironman means a 3.8 km. swim, 180km bike ride and 42.2 km. run – 140.6 miles).  You don’t just sign up for this race.  You need to qualify and qualifying is a bitch.  In the previous year, you need to finish an Ironman event at the top of your age group.  Though the number of age group qualifiers varies per age group from 1 to about 4 (depending on the size of your group for that race), it’s safe to say that about 2-3% qualify.  As a point of reference, I think there were about 200 guys in my age group for both my Ironman races.  Only 3-4 of us qualified.  Oh, and by ‘us’ I mean ‘them’ – those guys that finished a few hours ahead of me.  Not minutes.  Hours.  And by a few hours, I really mean several hours.  They actually run the whole marathon rather than do the ‘Ironman shuffle’ which is far more common.  Each race draws a tough, competitive crowd where even finishing in the top half is an achievement, as is just finishing in the 17 hours.  Qualifying for this race is a bucket list item where I have only one hope – outlive them all and hope there will be a 100 – 110 age group.  Until then, I’ll marvel from the sidelines and live vicariously through people who know how to run.

The race itself, represents the world’s best, from all ages – amateurs and pros.  For the pros, only a few of them qualify, so the competition is as fierce as it is for us common folk.  But lining up at that start line means you really earned your place there.  Everyone around you is at the pinnacle of this sport.  If you have lofty goals and want to shoot for the stars, this is it.

Two of our good friends, Trudy and Jackie qualified for and competed at Kona this past year.  It’s not the first time that friends have qualified for the race, but this year seemed really special.  First, this was Trudy’s first time at Kona.  I can only imagine how exciting and incredible that must have been, especially after just missing it in the past.  Then there’s Jackie.  I still get goose bumps when I think about her race.  This wasn’t her first trip to Kona, but this was the one where she arrived.  She threw down a day that was simply perfect,  The result – a top 10 finish in the world.  I know – crazy!! But the most remarkable thing is that she wasn’t stung by a bee (otherwise this drink would be mead based).  The Kona Kicker is, as you’d probably guess, largely made of tropical flavours.  Yes, the drink has coffee, but ‘kicker’ represents them kicking some serious butt out there on October 13.

Cheers to you Trudy and Jackie!  Thanks for doing the Salmon Lane proud!! 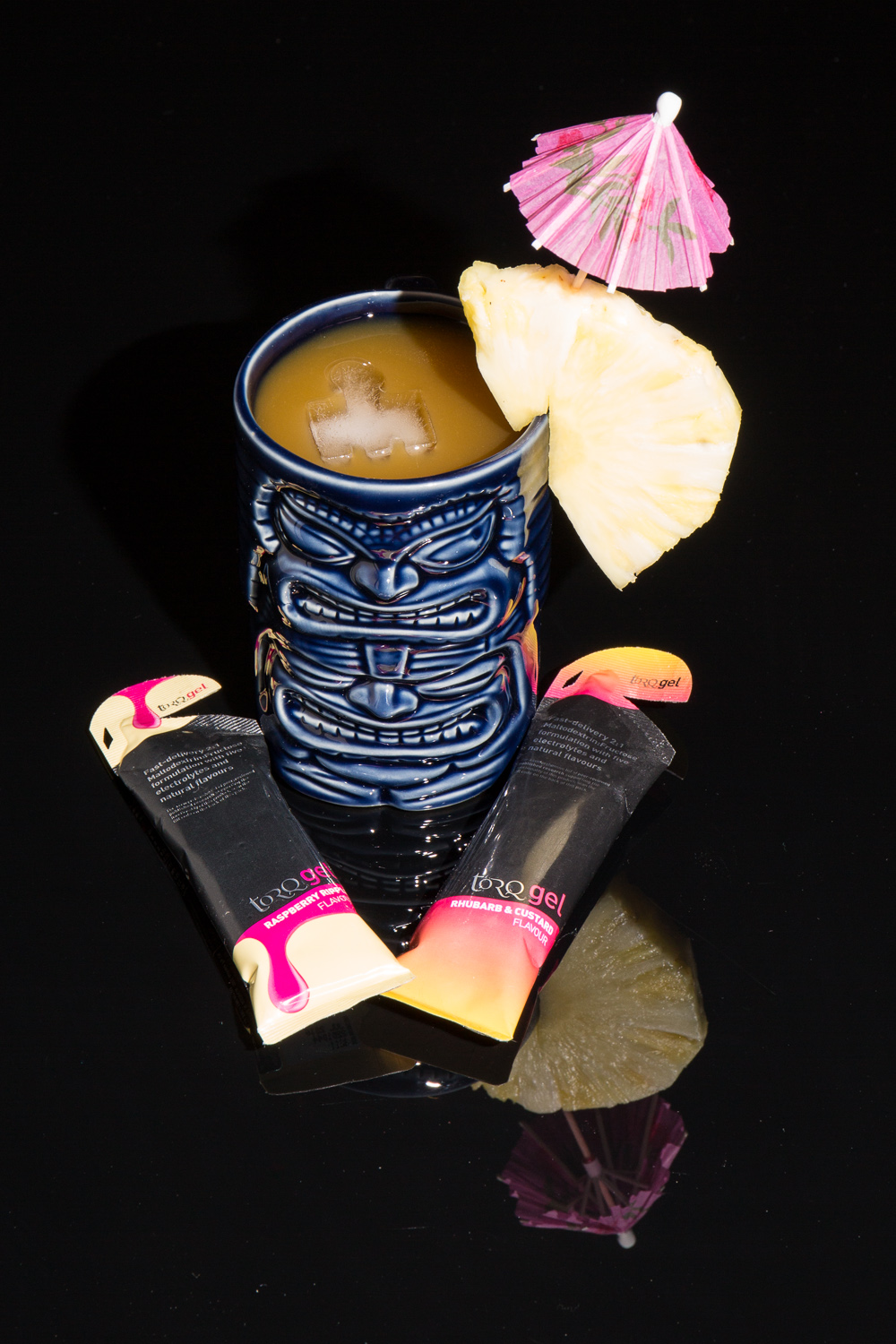