Dan!  Everyone loves Dan.  So, let’s celebrate Dan!  Do we need an excuse?  No, not really, but I think we have a good one anyway …

As many of you know, Dan had a milestone birthday this year.  It’s not my place to divulge his age, but let’s just say that there were waayyy more candles than cake. The thing that makes Dan special (to us, anyway) is his love of life and making the most out of every day.  A lot of people talk about living the best life you possibly can, but Dan is someone who demonstrates this pretty much every day. I don’t think I’ve met anyone who appreciates the moment quite like this guy.

So what did Dan do to celebrate his milestone year?  Well, it’s been an entire year of epic adventures starting with a triathlon in the frigid waters of Iceland, a marathon in Chicago and more recently, he flew to Tanzania to climb Mt. Kilimanjaro.   Pretty cool.  Verry cool.  But that wasn’t quite good enough.  On his actual birthday, he ran a marathon.  As Dan approached this year, I’m sure he gave a lot of thought to how he would celebrate and I’m sure he looked for some race, somewhere, on the actual day.  For Laura’s sake, I’m glad he found one relatively close to home.

Today’s drink is based on Chai spice, which is a prominent ingredient in Africa.  And it’s served in a Starbuck’s mug because that, too, is prominent in Africa.  Well, maybe not quite yet, but it’s hard to find Dan without a Starbucks mug in his hand.  We created a chai infused tea, added vodka (not very African), espresso flavoured vodka (a little closer to Africa), honey (I’m sure there are bees in Africa), kahlua (hey, that sounds African!), cinnamon (definitely African), vanilla (whoo! that’s from Africa too!), some whipped cream (to remind you of all the snow and clouds you endured climbing the mountain) and a few Kenyan coffee sprinkles and a cinnamon stick on top.  This drink also had to be served with cracked ice since that was a bit of an unfortunate theme for both Iceland and Kilimajaro.  Even ice cold, it’s a pretty darn good cocktail in hand to decorate the Christmas tree.

By complete coincidence, today also marks the opening of a new Starbuck’s Reserve in downtown Vancouver.  So, it’s kinda appropriate that we celebrate Dan today.  I’m sure they have all kinds of fancy Reserve coffees that Dan will appreciate.  Or not.

Cheers to you Dan!  Here’s one last celebration to usher you into a new decade.  And because it’s a new decade, that means one really exciting thing – a new age group!  Kick their butts while you’re still the young punk in this crowd! 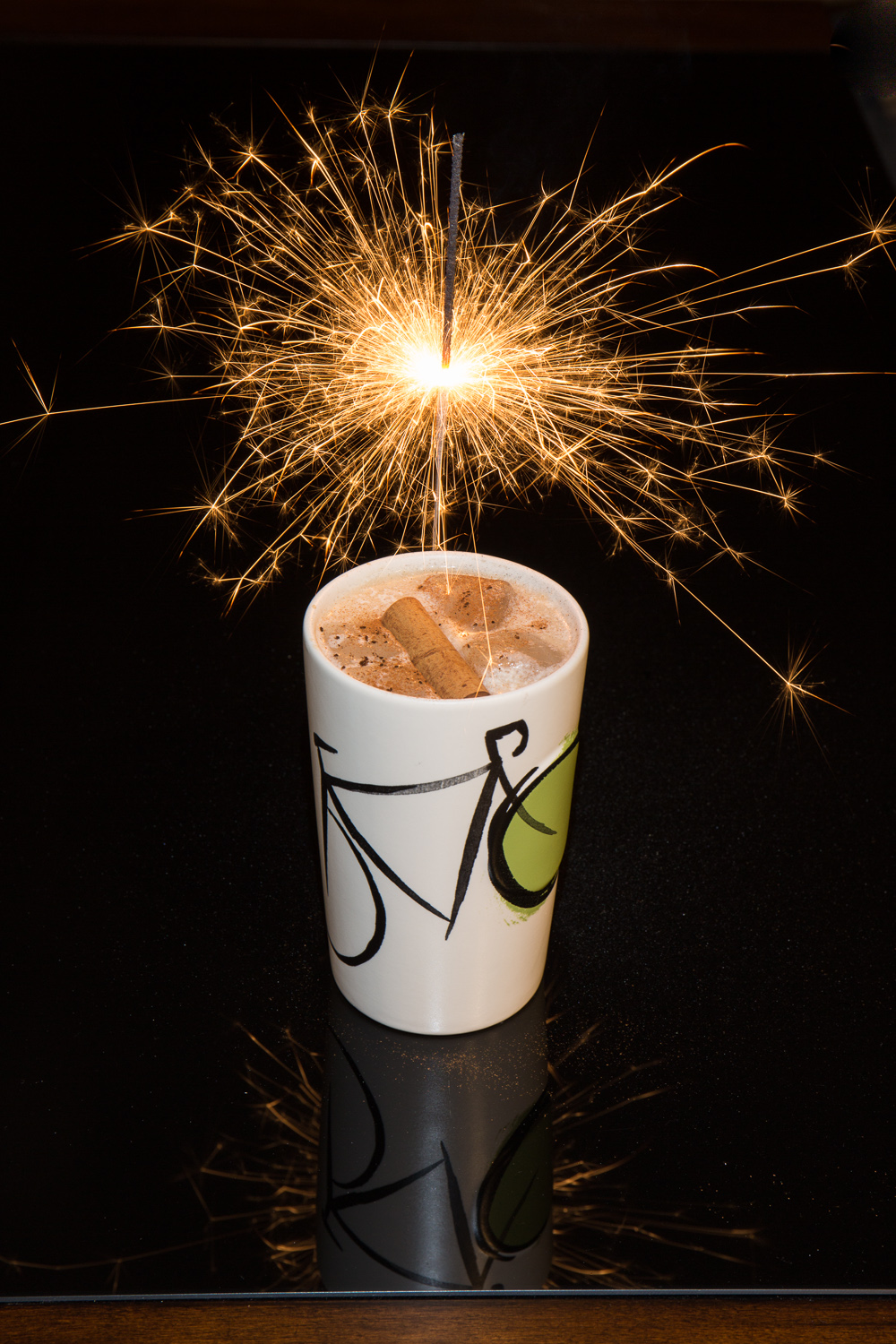