I just can’t let this go.  Unfortunately, not all of 2018 was grapevines and sunshine.  Some of the things that impacted us in 2018 weren’t all that positive.  Since winning the election in 2016, Donald Trump has given me more sleepless nights than any person I’ve never met.  I’m fairly certain that Trump did, said or tweeted something that I found repulsive EVERY day in 2018.  But where do you start with the  drink idea?  Which single event stood out?  There were soooo many drink ideas:

Given that there are currently 16 legal investigations involving Trump, I decided to pick one of these, because a criminal charge will almost certainly put an end to this mess.  The most interesting of the criminal investigations is his alleged ties to Russia, particularly whether he was involved in the Russians influencing the outcome of the 2016 election (it has already been proven they were involved).  There’s something exotic about a story line involving international espionage.  It’s so James Bond.  And there’s something exotic about treason.  To be fair, he is innocent until proven guilty (something he hasn’t afforded Hilary Clinton through his constant “lock her up” BS).  But at this point, it’s only an accusation; one which we should be hearing more about as Robert Mueller is closing out his investigation.  Some of us still believe in the rule of law.  However, I’m a betting man.  And I’m betting he’s guilty because he isn’t acting like an innocent man.  Consider these facts.

The most intriguing part of the story is the under-current of what Russia has on Trump.  Trump has cozied up and openly flattered Vladimir Putin on numerous occasions.  Is it a Trump Moscow hotel?  Money laundering? Or is the Steele dossier correct and there really is a pee-pee tape after all?  I’m hoping for the pee-pee tape as that will make one heck of a drink next year!  Personally, I believe Moscow has an influence over Trump.  I believe Trump is Moscow’s mule.   So, today we’re celebrating Day 9 with a trumped up Moscow Mule.  (‘celebrate’ probably isn’t the right choice of words).

Moscow Mules are great.  But this one is over the top.  Here’s how it goes.  Instead of vodka, we decided to use gin because gin always makes things better.  We also used equal parts apple juice and cranberry juice.  The cran adds flavour and replaces lime juice for that acidic sour element.  Apple juice helps bring balance and sweetness.  Of course there is still ginger beer, but not as much as in a traditional Moscow Mule.  Whole cranberries and mint don’t add much – they just smile for the camera.

Cheers to 2019!  I sincerely hope the news coming from south of the 49th is far more positive (at the very least I hope the excessive lying stops).  And I hope this time next year we will have reason to celebrate with a drink called The Mueller! 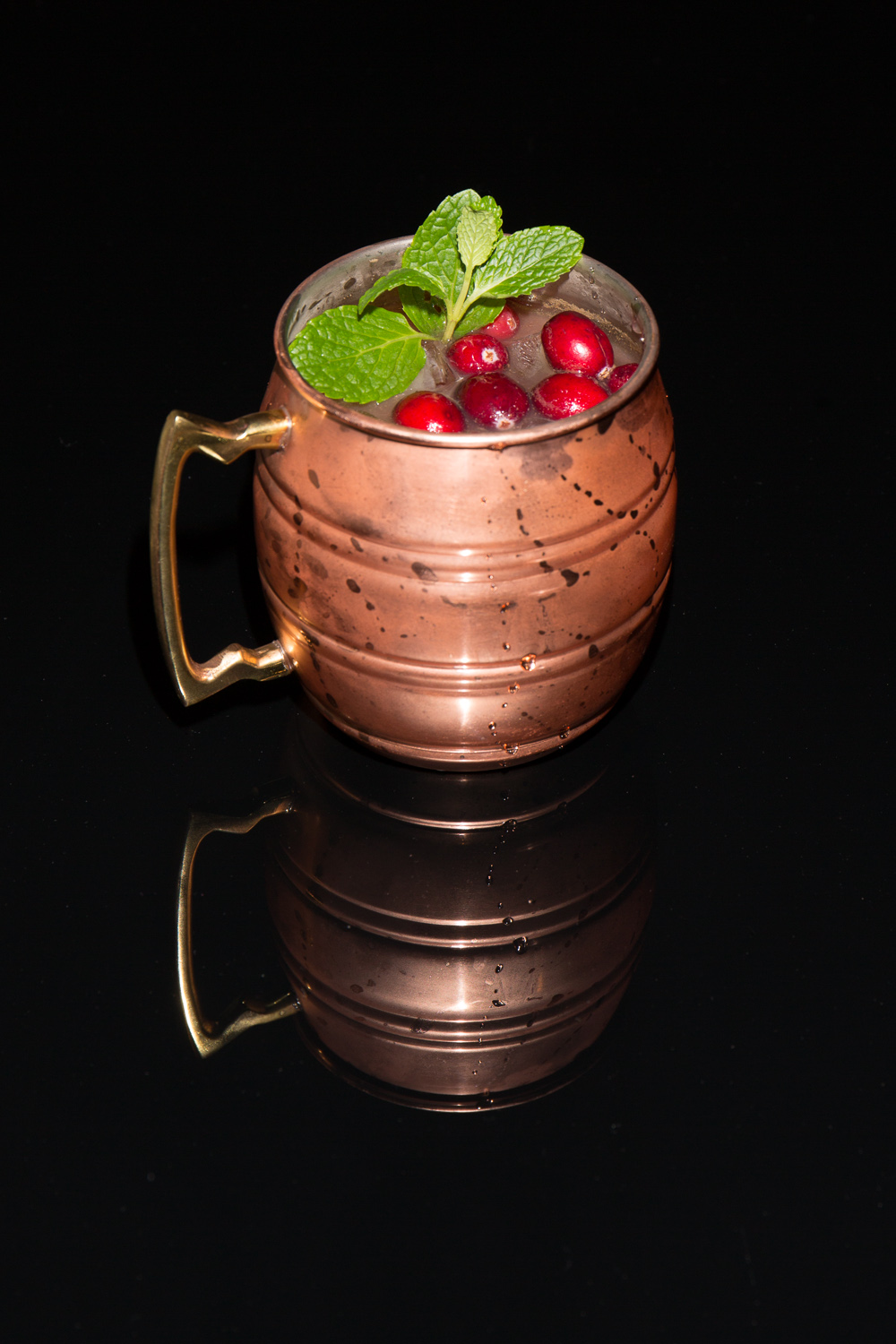