I have no problems with Millennials or the Gen Z crowd.  As I got older, I thought I might.  But if there is one thing I could pick out and criticize about Millennials, it would be the concept of a BFF.  IMHO, it’s thrown around wayyyy too loosely.  By definition, once you have a BFF, that’s it … for life – forever.  (that would be the last ‘f’ in bff).  But it seems BFFs change constantly and are easily replaceable.  Above all, I don’t believe BFF’s get tested often enough.  When things are good and each day is wine and rainbows, sure, it’s easy to ride the good times with your bff.   But when things get bad, really bad, who is standing by you?  Who’s there when you go through a nasty break up?  Or when you’ve lost your job?  And would your BFF be there sitting by you in an empty stadium watching some really bad football … for 21 years?

For nearly half my life, I’ve been going to BC Lions games with the same group of 3 friends.  It started back in 1997 when we discovered that we all loved the CFL (back then it wasn’t too cool to love the CFL – ummm … times have changed).  So we started going to a few games.  Then is became an annual tradition and got to a point where we had season tickets together.  There has always been a script.  Meet before the game for a burger and beers, catch up on life, argue over who the best CFL quarterback in history was (I’m sure we landed on Matt Dunnigan) then see a bit of football.  If we were lucky, the game might actually have been good but that’s kinda irrelevant.  We’ve been doing this several times a year for 21 years.  We’ve seen some great games; we’ve even been to a few Grey Cup games.  And we’ve seen our fair share of clunkers.  The real point is getting together, shooting the shit and having a few laughs at someone’s expense.  The script has rules.  Dinner *must* be a burger and beers.  I tried wine.  Once.  That didn’t go over well.  I was put on notice.  I think I also tried to order pasta once.  That nearly got me booted from the club.  You simply don’t mess with some traditions.  And that’s okay, because it doesn’t get much better than this.

The Flea Flicker gets its name from all that’s right with this great game we call Canadian football.  This drink could also been called “Special Left”, a name that represents all that is wrong with our game.  Given the choice, let’s celebrate what’s right.  The Flea Flicker is an actual play that dates back probably to the 50’s, maybe earlier.  It’s a trick play designed to fool the defence in thinking it’s a running play when it’s actually a pass.  Without going into detail, let’s just say you very, very rarely see this today but when you do, there isn’t a more exciting play in football.  Perhaps the most memorable moment in our 21 years happened about 18 years ago.  The moment happened during a bad game, in the dog days of a really bad season.  The players were apathetic, coaches looked defeated, even Leo the Lion (team mascot) looked suicidal.  There may have been 15,000 people in a stadium that held 60,000. It was like watching beige on beige.  We were dead bored and the beer had worn off by then.  One of us started yelling at the coach to do something, anything, to give us a reason to cheer.  “How about a Flea Flicker?  When’s the last time we saw a Flea Flicker?”  One of us yells, “hey coach!  How ‘bout a Flea Flicker?”  We knew he couldn’t hear us and if he did, there’s no way he cared.  But then it happened.  Against all odds, our quarterback lateralled the ball to a receiver who then threw the ball down field for a touchdown!  A perfectly executed Flea Flicker, the likes of which we had never seen before.  The crowd went nuts and we went on to win the game.  Actually, I have no idea if the play succeeded but 15 years later I’d like to think so.  I also have no idea if we won the game, but that too is irrelevant.  But the crowd did go crazy.  We called the most exciting play in football at the most unlikely time and the coach ran with it.  Good times!

The Flea Flicker (drink) had to contain two ingredients – beer and whiskey/scotch – to honour the boys.  That’s a tough combo, so here’s what we did.  Our friends across the street at Square One Hops grow hops (yeah, we live in that kind of neighbourhood).  We used a few of the hops to create an infusion in a simple syrup.  The result is a bitter/sweet liquid that tastes similar to bitter beer/tea.  We used an Old Fashioned as a starting point since it contains sugar and bitters, but rocked it out.  2 parts whiskey was joined by one part hop infused syrup and a splash of orange juice.  Not bad … if you’re into whiskey.  Oh, it helps to serve it in a 100th Grey Cup anniversary glass (but that’s optional). 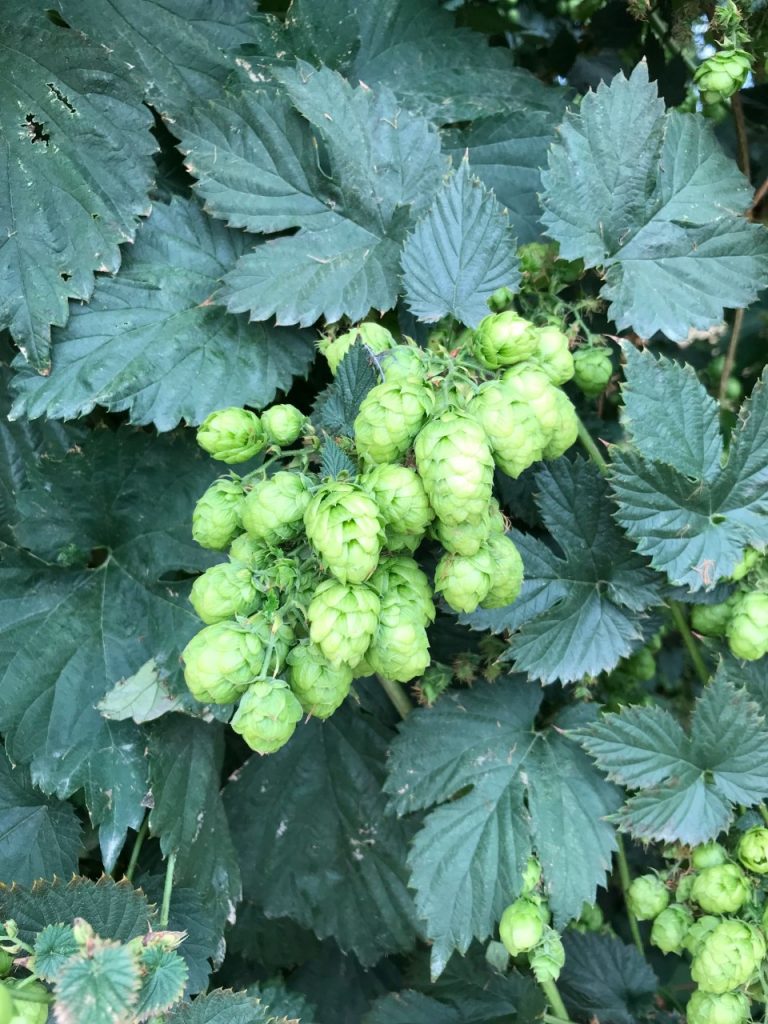 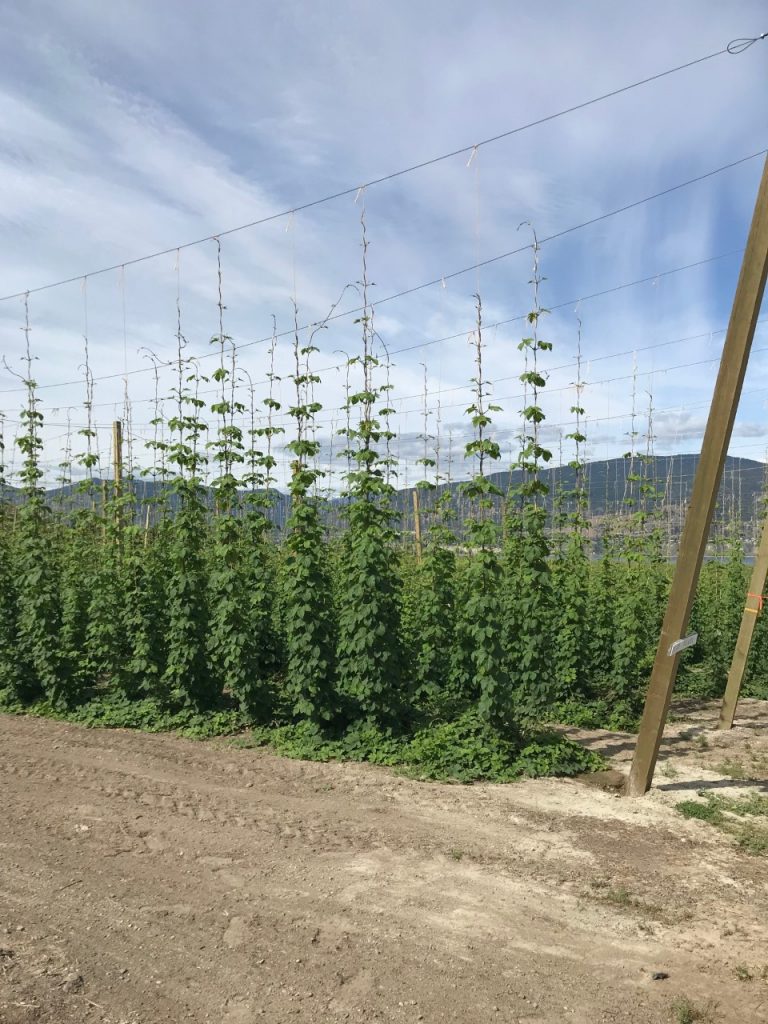 Well, cheers boys!  They say that new friends are gold.  That’s true.  But old friends are platinum.  And BFF’s?  Well, make it through one bad CFL game together and we’ll talk.