Coffee and cycling go hand in hand – just like PB&J, fish & chips, and Scooby Doo & Shaggy.  On their own, they are good, but simply magical together.

Last year was a year of change for a lot of people.  Sometimes things that happen in your life that make you realize what is really important, and that being in the big corporate world just isn’t as fulfilling as it once was.  That was true of our friend Tim Lee, who we met through our triathlon club (Steveston Athletic Association).  After working for years for large organizations such as WorksafeBC and ICBC, he decided to quit and open a cycling café named Sanctuary in Steveston.  Now he spends his days doing what he loves, while working in his community.  And he can cycle to work in minutes – how cool is that?

Tim is an amazing athlete, and an all around great guy.  He’s always taken the time to work with less experienced athletes and provide pointers on how they could improve their skills.

Tim designed much of his cafe’s interior himself.  He knew exactly how he wanted it to look – from the light fixture he made out of bike parts, to the brick and reclaimed wood on the walls which showcase team cycling jerseys, bicycles, and old Tour de France cycling photos (including one of the legendary Eddy Merckx).  And the best part is your bike can come inside and enjoy the ambiance too!

Because cycling and running is much better with a friend (or 20), Sanctuary has organized weekly runs and rides, starting and ending at the café at the foot of No 2 Rd.  What a better way to spend an evening than getting a bit of exercise and then getting to chat with friends over a latte and a croissant?

Clearly the Sanctuary would have to be a coffee based drink.  We were inspired by an affogato, which normally is espresso poured over ice cream.  But an affogato without booze just wouldn’t make the 12DOD, so we had to kick it up a notch.  This affogato has vanilla vodka, regular vodka, crème de cacao, and Legend Distilling’s Blasted Brew Spiked Coffee (similar to, but better than Kahlua), poured over a homemade vanilla ice cream (also kicked up with a bit of Amarula cream), and topped with some shaved chocolate. 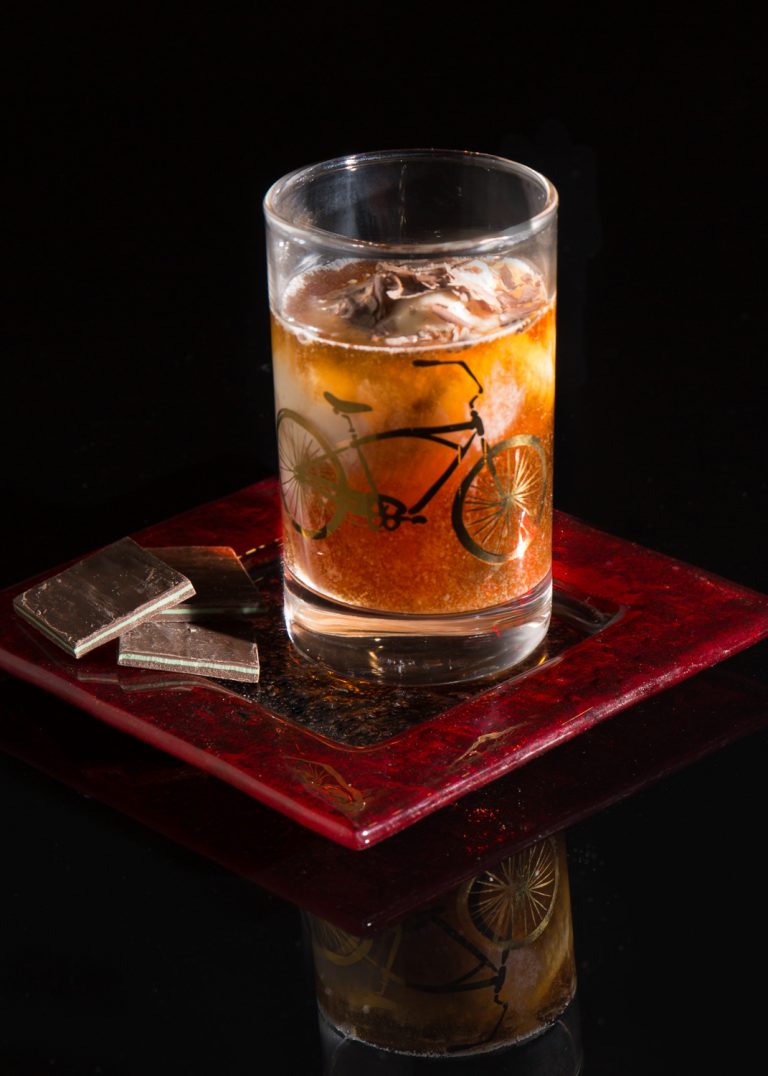 Cheers to Tim and Erin for having the courage to follow their dreams.  We wish them continued success with their business and inspiring others to take a chance!