Today we celebrate our good friends Wilbert and Joka Borren,​ who you probably know as those “really nice people who own Four Shadows Winery”.  We first met Wilbert and Joka about 3 and a half years ago, having rented their AirBnb cottage a few times.  Like most people who travel to the Okanagan and spend any time around the vineyards, we were captivated by their beautiful vineyard which had us thinking “wouldn’t it be crazy cool if we could have something like this one day?”  To be fair, that thought ran through our minds on more than one occasion, but what set this apart was a wonderful evening chat on their patio where we learned that they didn’t have a background in growing grapes when they purchased their vineyard in 2011.  Looking around at all their healthy vines bearing so much beautiful fruit, it was a huge confidence boost that maybe we could do this too.  At the time, they were growing grapes for other wineries which were creating some pretty awesome wines.
This spring they took a huge step forward by opening their own winery and tasting room.    We began sampling their wines well over a year ago when the Pinot Noir and Merlot were being bottled (these wines were from the 2017 harvest).  They tasted great, but the real test would be the Riesling that was harvested in 2018.  We all know that if you don’t have an awesome Riesling, “you ain’t got nothing”.  Okay, maybe that’s a stretch but we being Riesling geeks, yeah, that’s pretty much the truth.  So, how is it?  Let’s just say that the Riesling kinda blew our socks off.  Not that we didn’t think it would be good, but being a first vintage it would be understandable if the wine was underwhelming.  Na-ah.  It is outstanding.  In fact, Wine Align thought so too and awarded it a Gold medal!  Knowing that we would be planting Riesling, our first thought was we could die happy if we could make a Riesling this good.  The other wines are equally as good, but it’s the Riesling that stands out for us.  It’s always the Riesling …. Soooo, once again, they inspired us – how could we not include them as part of our 12 Days of Drinking?  It’s also wonderful to see such really nice people build something on their own and succeed.  Congratulations – you made it!
The “Vier Schaduwen” (we have to trust Google Translate that it means “Four Shadows”!) is surprisingly not based on Riesling!  Linda’s family is Dutch, and so the first Dutch drink that came to mind was advocaat – it was Grandma’s favorite indulgence.
You can buy advocaat from the liquor store, but we made the advocaat from this recipe, and then found this great cocktail using advocaat and lemonade.  It was quite tasty!!  And of course, it’s not Christmas without a Dutch chocolate letter! 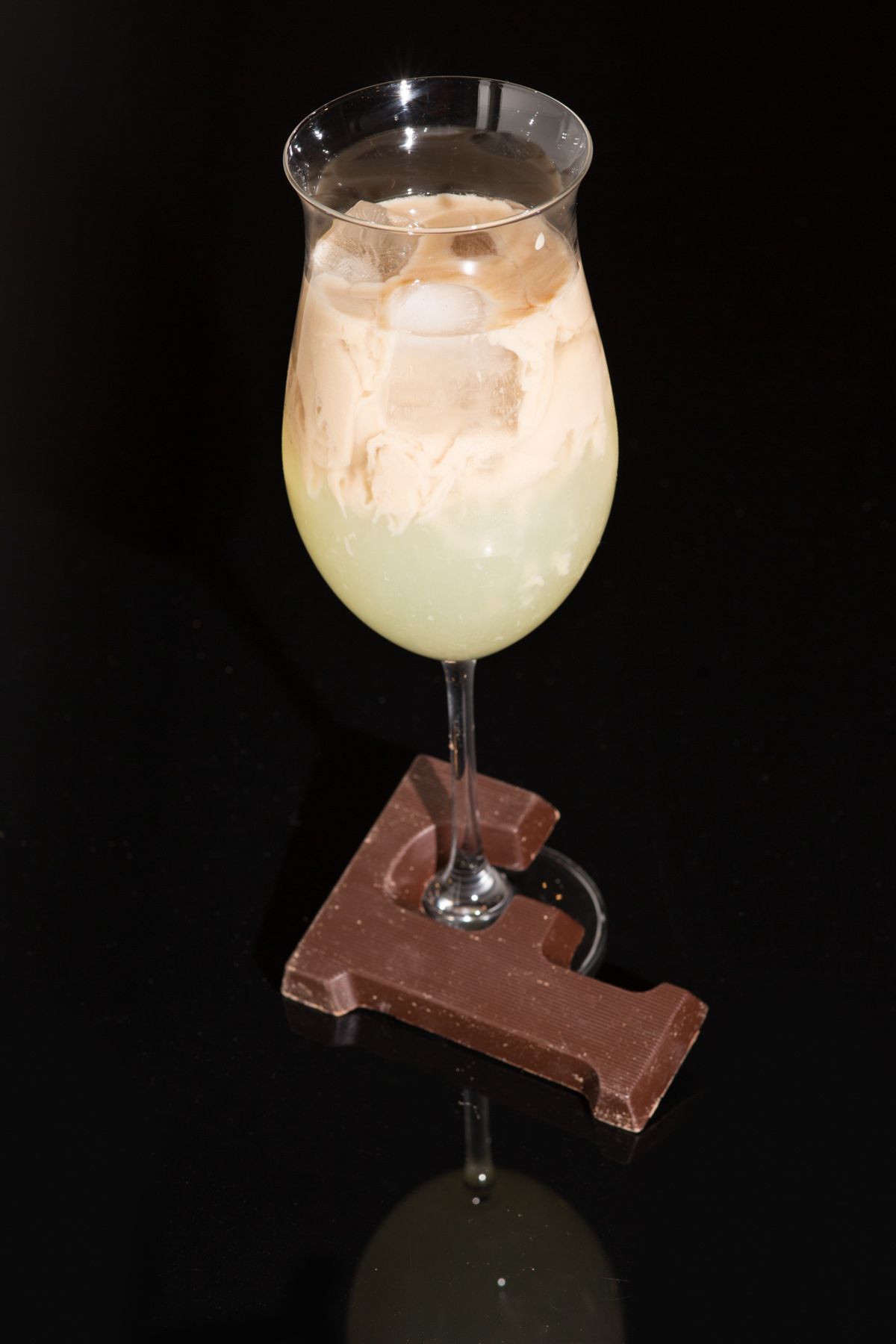